LONDON (Reuters) – Medical workers in England on the front line of the coronavirus pandemic started to be tested on Saturday as the number of COVID-19 deaths in Britain topped 1,000 after a record 260 people died in the previous 24 hours.

Britain is bracing for the epidemic to peak in the coming weeks, and is building field hospitals in London, Birmingham, Manchester and Cardiff to bolster the response from its state-run National Health Service (NHS).

The government, which had been criticized by some doctors and nurses for not providing them with enough protective gear and testing kits, announced on Friday it was introducing a much bigger testing regime, with checks for health workers in England.

Frontline medical staff in Wales, Scotland and Northern Ireland are already being tested.

The country is largely on lockdown, with Britons urged to stay home. Prime Minister Boris Johnson and health minister Matt Hancock are among those who have tested positive.

The minister for Scotland, Alister Jack, said on Saturday he had developed a mild temperature and a cough in the past 24 hours and was now working from home in isolation. He has not been tested for coronavirus.

He spoke in the House of Commons on Wednesday, immediately before Johnson appeared at the weekly Prime Minister’s Questions session, during which Jack was seated on the government bench behind Johnson.

Efforts were under way to keep building up the NHS’s capacity to cope with the epidemic.

A drive-through coronavirus testing facility for health workers has begun operating at a popular resort near London.

The Chessington World of Adventures theme park, which usually hosts families seeking a fun day out, has turned one of its car parks into a testing unit for NHS staff, a spokeswoman said on Saturday.

Health workers, who remain in their cars, are tested by nurses who carry out swabs in the nose and mouth through the windows.

“We are proud to be able to offer our assistance to the NHS during this unprecedented time,” the theme park said in a statement.

The government said on Friday it was partnering companies including Thermo Fisher Scientific, Randox and Boots, and top UK universities, to scale up the testing regime.

The first of three new hub laboratories that are being put into place is expected to process around 800 samples over the weekend. The number of tests being processed will then rise dramatically, according to the health ministry.

The NHS is also setting up four new temporary hospitals in London, Birmingham, Manchester and Cardiff. At the enormous Excel Centre events venue in east London, large numbers of ambulances and paramedics were on site on Saturday ahead of the facility’s opening next week.

The government also said it was starting to deliver food boxes to people deemed at high risk from the illness, who have been advised by the NHS to stay at home for 12 weeks.

In what it described as the biggest effort to deliver supplies to those in need since World War Two, the ministry of housing, communities and local government said the first of 50,000 free food boxes containing items such as pasta and tinned goods would be delivered over the weekend. 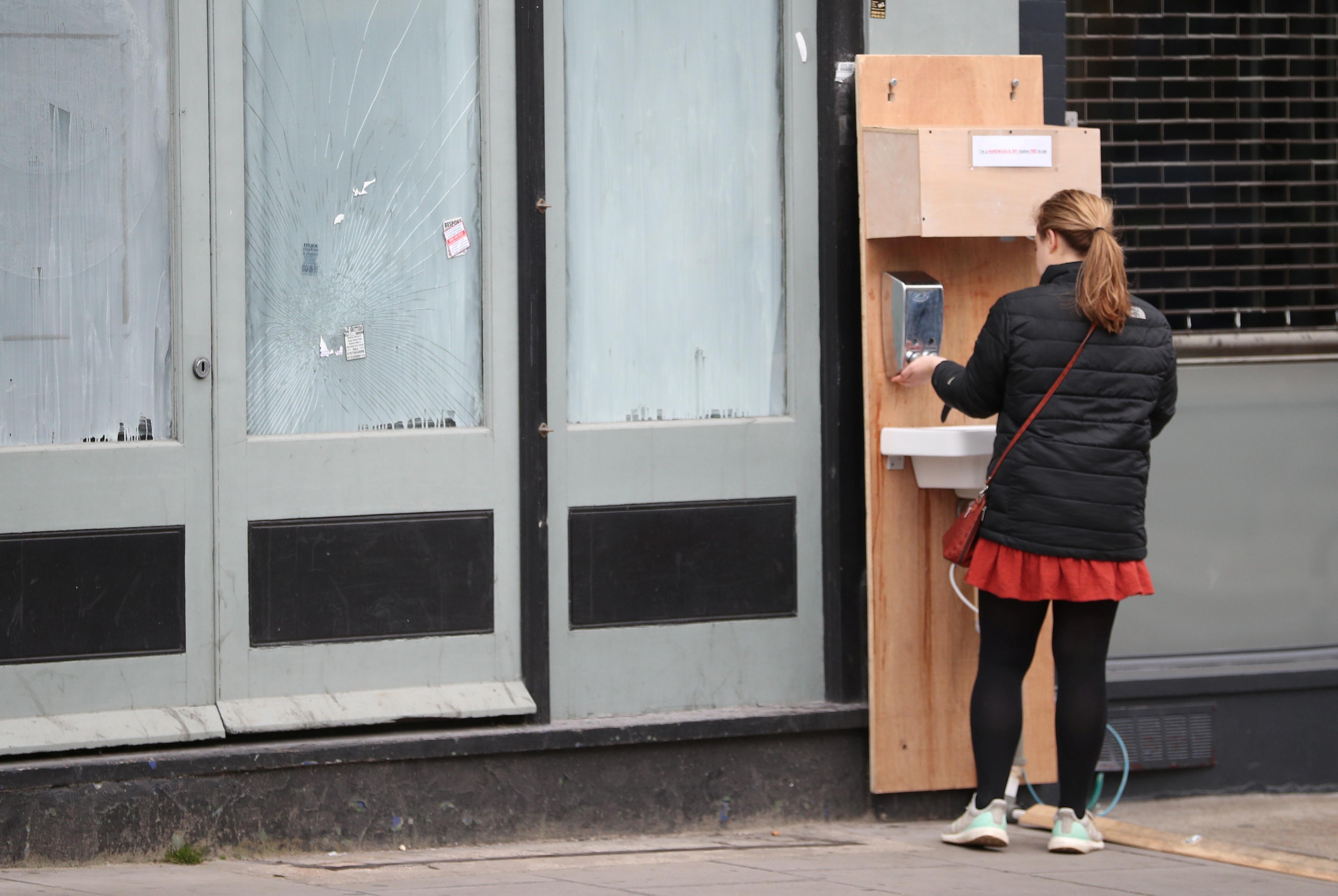 Some 1.5 million clinically vulnerable people have been advised to shield themselves at home for 12 weeks.

Like many other countries, Britain has brought in strict social distancing measures.

People have been instructed to stay at home, going out only to buy food or medicines or for exercise once a day. Schools, shops, pubs, restaurants and cafes are closed and anyone who can work from home is expected to do so.