High pressure is bringing sizzling highs into the mid-20s as the week progresses, according to the latest hot weather maps from Netweather. Northern areas including York and Hull see temperatures soar to 23C until the weekend. And Portsmouth and Southampton in the South East will experience 26C by Thursday afternoon. The latest weather maps from WXCHARTS show a hot air plume being pushed towards the UK from a westerly direction this week.

Nick Finnis at Netweather also forecast hot air to sweep across the UK this week.

“This air is also laden with moisture, so an overcast morning across much of England and Wales, most will stay dry.

“But the cloud will be thick enough over hills and around coasts across the west for some drizzle. 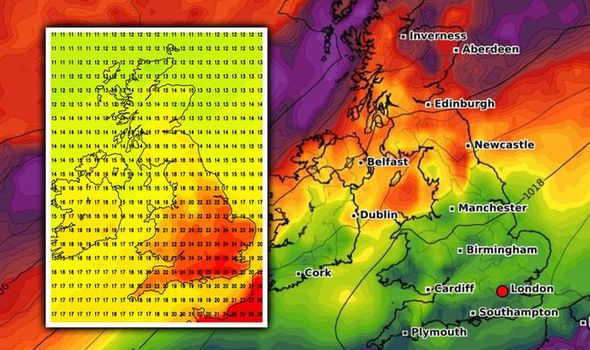 “Into the afternoon, the morning cloud should break to allow sunny spells to develop, though western hills and coasts could stay dull with further patchy drizzle.”

He added temperatures are likely to stay in the mid-20s until the weekend.

Mr Finnis said: “Wednesday will be cooler but with sunny spells for Scotland, Northern Ireland and northern England.

“Feeling muggy under the cloud in the south, temperatures reaching 21-23C, in the north a cooler 16-18C. 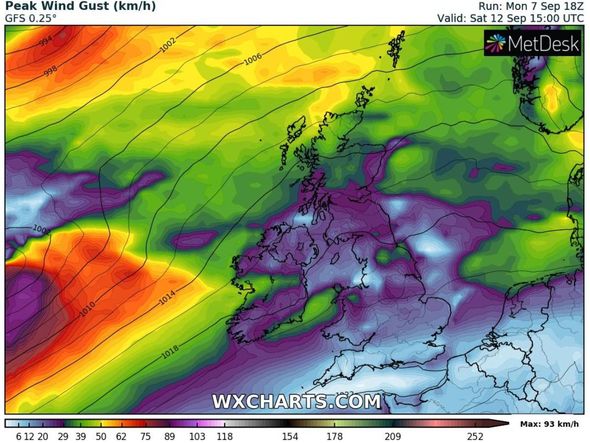 “The weekend looks to remain unsettled Scotland and N. Ireland, with a spell of wet and windy weather later on Saturday and into Sunday morning, before drier weather moves in later on Sunday.

“However, much of England and Wales will have a dry weekend and becoming increasingly warm.

“Temperatures could reach the mid-20s Celsius across eastern England.

“Always cloudier across northern England and north Wales, perhaps with some patchy drizzle or light rain possible later on Saturday.” 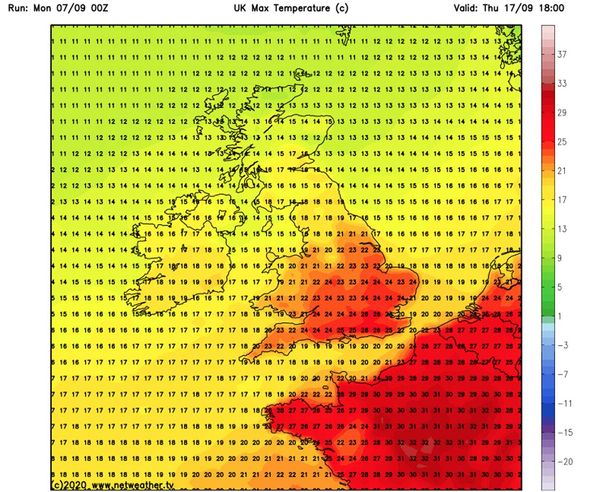 The latest forecast on Weather Outlook added high pressure will build up to the south and east of the UK.

This will bring “very warm air pushing up from the south by Sunday”.

Meanwhile, today will see searing highs of 25C in the south east and East Anglia.

The forecast said: “In the south and east it will be dry and warm with variable amounts of cloud. 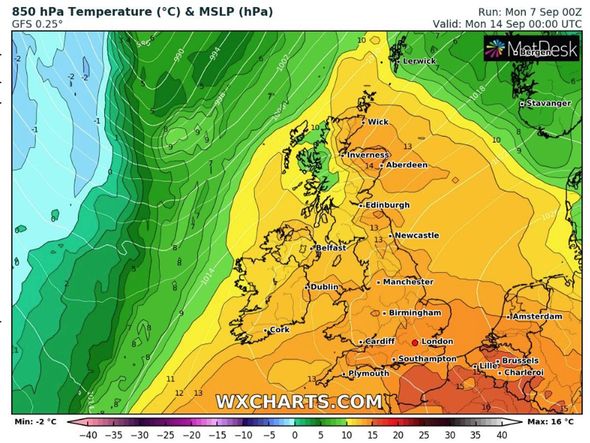 “The north and west have more changeable conditions with rain at times.

“By the weekend high pressure is expected to build to the south and east of the UK.

“It leads to very warm air pushing up from the south by Sunday. 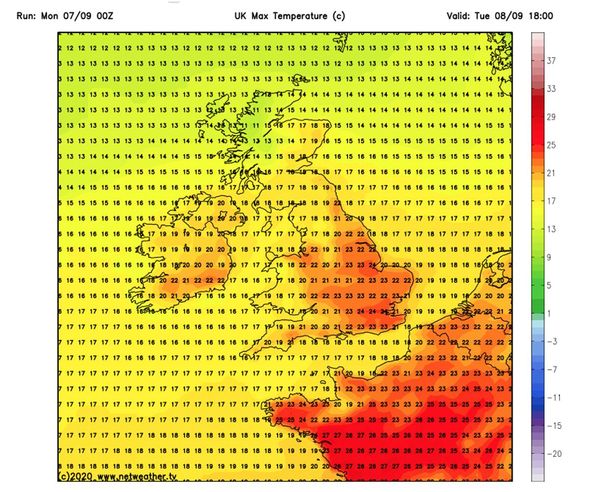 “This morning thicker cloud will bring a few spots of rain to Wales, north western England and Northern Ireland.

“Through the afternoon more persistent outbreaks of rain push eastwards across Scotland.

“Southern, central and eastern England have a dry day with cloud breaking to give warm sunny spells. 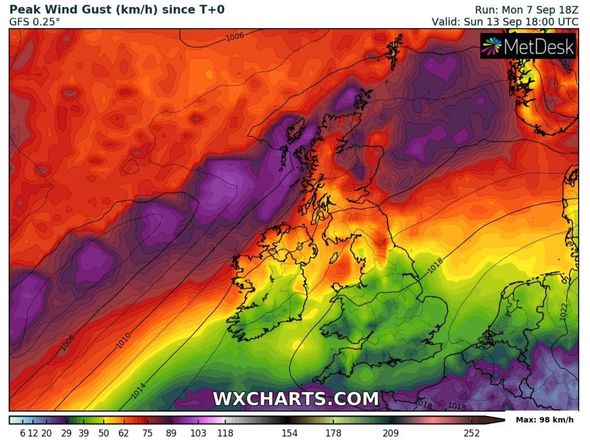 The Met Office added temperatures will be “above average” by the weekend.

It said on its website: “A spell of settled weather is likely to develop for a time from the south into early next week bringing increasingly warm and dry conditions.

“Uncertainty remains as to how long this settled period will last, but a return to changeable conditions seems probable during the second half of the week.

“Any areas that observe clearer skies and lighter winds during overnight periods may see some mist or fog develop.

“Temperatures should be around average for the time of year in the north and potentially slightly above average in the south.”