BBC Weather: UK to be covered in mist and fog

The weather over the whole month will be very changeable and highly localised with “heavy rain” forecast for some areas. Generally, the warmest conditions are expected from March 22 to 28, when netweather.tv forecasts “rather warm” temperatures for the south and east of Britain, with one expert predicting the thermometers to hit 20C.

For the remainder of this week, the UK can expect grey and cloudy conditions, with some sharp showers particularly for southern and central parts of England.

Temperatures will generally be mild though some overnight frost is likely should the skies clear.

Next week temperatures will drop significantly, with some snow expected over high areas.

Netweather.tv forecasts: “All parts see some rain or blustery showers, that’ll be wintry at times especially in the north. 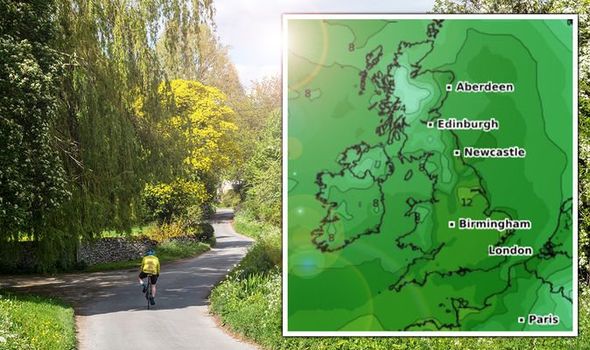 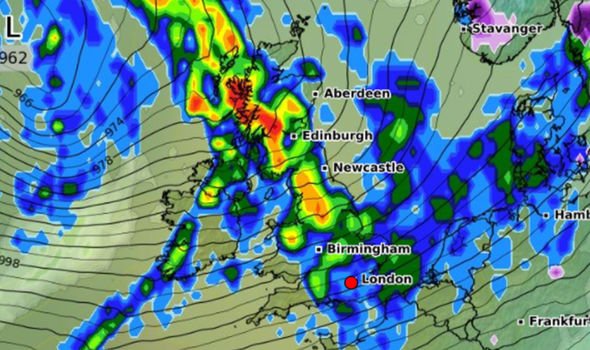 “Also a trend particularly towards mid-month of much colder northerly outbreaks, when sleet or snow could occur more widely especially on hills with the return of overnight frost.

“A wetter and later colder than normal period after a few milder days.”

According to BBC Weather, polar air will blow across the UK from Iceland, with the jet stream to the south of Britain for most of the week.

The broadcaster warns of an “unsettled week” with powerful winds and rains for some areas. 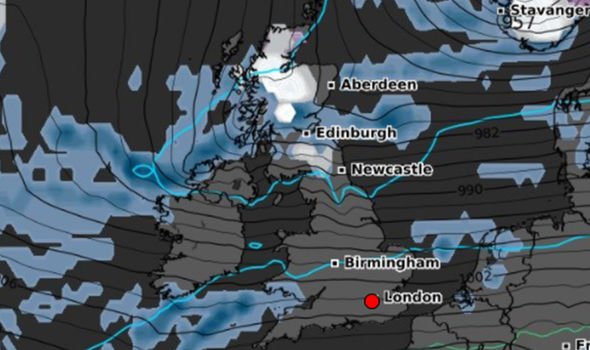 Temperatures will be a fair bit below average for the time of year, with Scotland expected to be particularly badly hit.

From March 15 to 21 the weather will generally be colder, though a brief “spring-like” patch is also expected.

Netweather.tv warns the week will be “probably wintry, with snow possible especially in the north and the east”.

This could produce “quite sharp frosts” overnight though the sun should boost daylight temperatures. 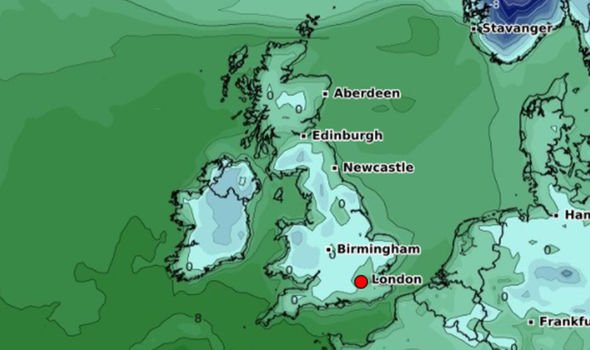 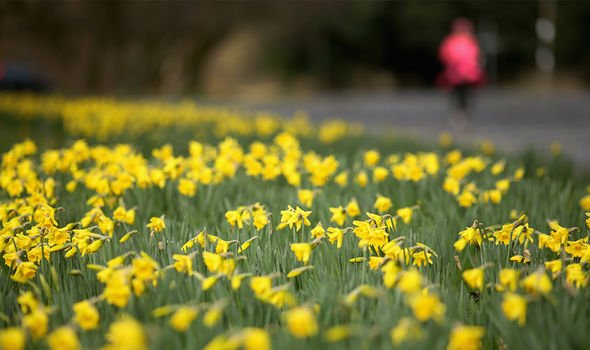 For a short time “more spring-like” conditions are expected, though in the north and northwest the weather will turn unsettled again towards the end of the week.

According to the BBC during this week a “fairly consistent large-scale weather patten” will cover much of Britain producing “unsettled and changeable temperatures”.

These will be “changeable day-to-day” and “pretty typical for a British spring”.

The warmest weather in March is expected right at the end of the month.

BBC Weather: ‘Thundery showers’ to hit parts of the UK

During this time netweather.tv forecasts “milder” conditions with temperatures “perhaps rather warm in the east and south briefly around the equinox”.

Rain showers should be expected across the UK, some of which could turn heavy or into hail if local conditional allow.

Northern England and Scotland will stay significantly cooler, and will get cold again towards the end of the week.

Brian Gaze at the Weather Outlook said thermometers could hit 20C by the end of the month, although it is still too early to confirm. 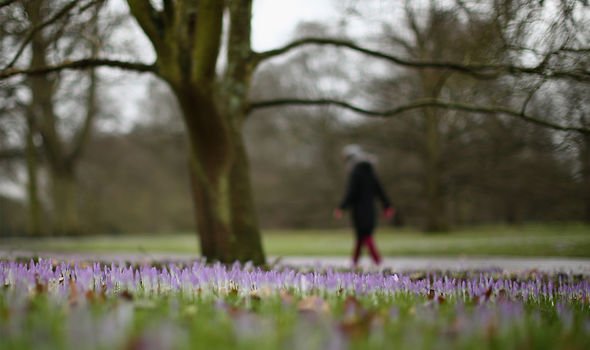 He said: “The warmer conditions are most likely to come from the south or southwest.

“I wouldn’t be surprised to see 20C (68F) reached during this period.”

During the final few days of March netweather.tv warns temperatures could turn “much colder and again and wintry from the north”.

However, this will contrast starkly with “a very mild interval in the south”.

Further showers are likely as we end the month and head into April.