The snowy onslaught is expected to last another nine days, with wintry conditions continuing to bring several inches of snow, with as much as 1.6ft (51cm) forecast in Cumbria early next week. The snow will coincide with freezing temperatures, as the mercury is forecast to plunge to lows of -8C and -10C overnight.

Storm Darcy has triggered heavy snow showers across large parts of the UK from the early hours of Sunday morning but the wintry conditions are not expected to ease for another week.

According to latest maps by WXCharts, snow is expected to continue to batter Britain until Wednesday, February 17.

The charts show the snow keeps building as Britons head towards the end of the week, with parts of Kent expecting 7inches (18cm) by 6pm on Thursday.

East Anglia can expect as much as 5inches (13cm) of snow, while northern counties will see as much as 8inches (21cm), according to the charts. 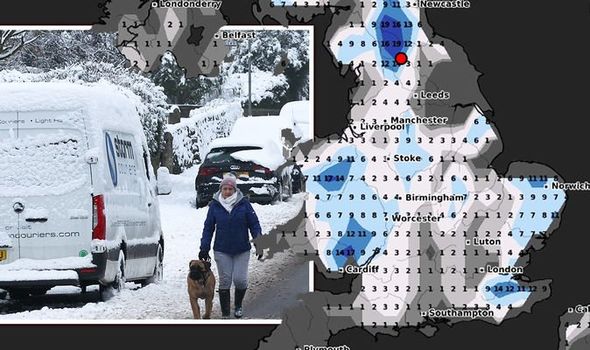 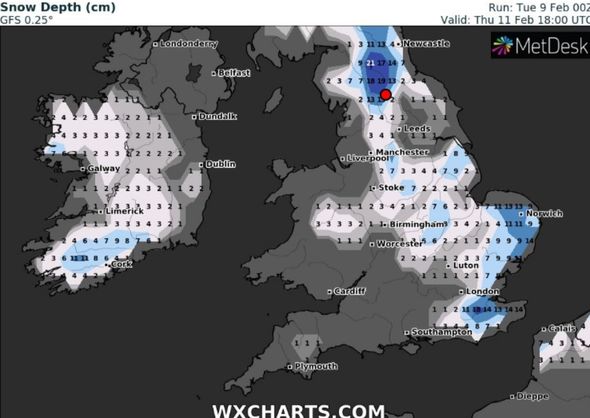 By 6pm on Saturday 13, the west of the UK is set to be blanketed with snow.

The snow depth chart shows parts of Wales can expect up to 5.5inches (14cm) and Western counties can expect to see up to 4cm.

The East of England, as well as the north of the UK, are also expected to see snow continue to build, as indicated by the WXCharts weather map.

By Monday morning, the charts show the north-east of England is forecast as much as 20 inches (51cm), while huge swathes of the UK are still covered in several inches of snow.

But as the week progresses, the wintry conditions move away from Britain, with just the leftover snow remaining in northern areas by late Wednesday. 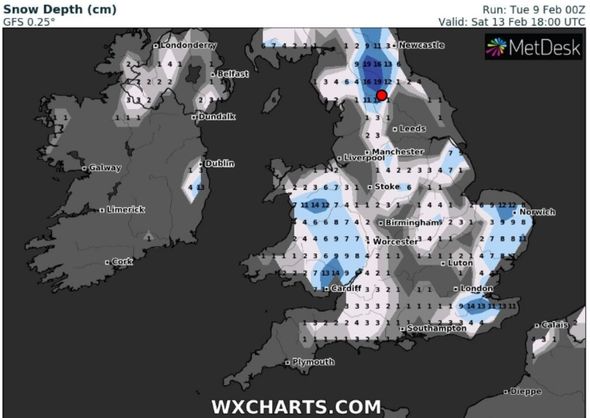 The snow is expected to have cleared by the start of the weekend.

Temperature charts show the mercury is not expected to rise above 0C all week.

At 10am on Wednesday morning, the whole of the UK turns an icy blue as the country is expected to see temperatures plunge to an average of -3C.

Northern counties, as well as parts of central Wales, will see the coldest temperatures, as the mercury is forecast to dip to -7C. 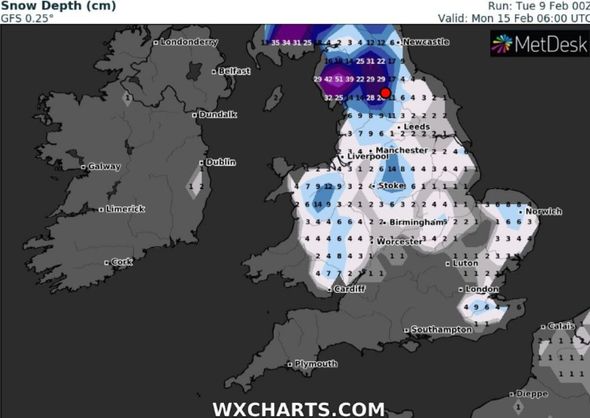 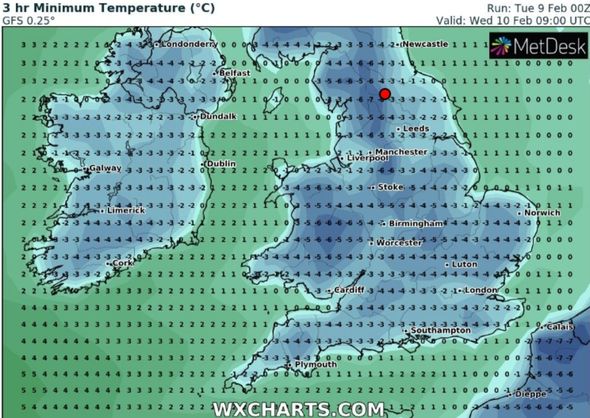 The freezing temperatures look set to continue into the weekend, before warming slightly by the start of next week.

The Met Office has put in a place a number of weather warnings spanning from Tuesday to Friday.

An amber snow alert covers parts of Scotland from 3am-9pm on Tuesday.

By Thursday and Friday just the one snow and ice alert remains in place, covering eastern parts of Scotland and northern England. 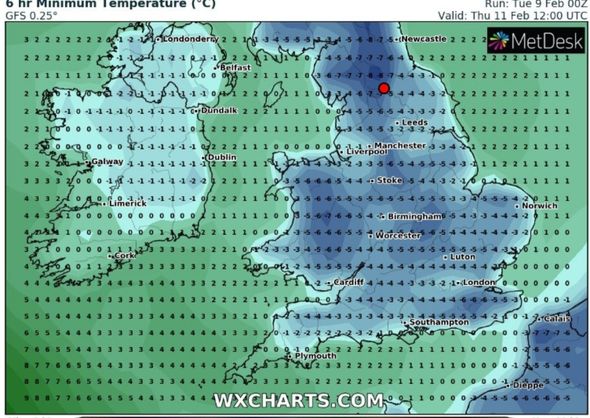 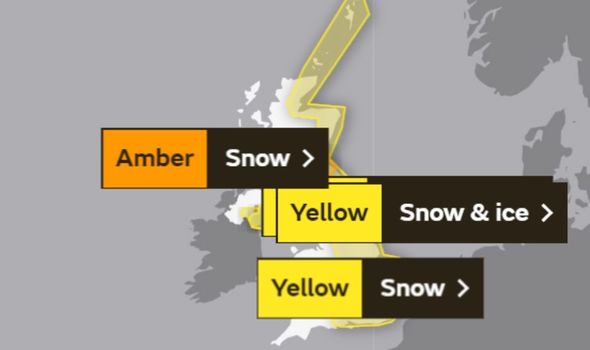 Chief Meteorologist Steve Ramsdale, said: “With cold air across all of the UK any precipitation will fall as snow. Snow showers will continue to feed into eastern parts through the week. Many places will see further snow accumulations with a few centimetres likely quite widely.

“Overnight temperatures will be notably low through the week, especially in areas with lying snow. We can expect to see -10°C as far south as East Anglia later in the week. Daytime temperatures will also be cold, only reaching 1 or 2 degrees Celsius for many early in the week. With strong winds as well the wind chill will make it feel much colder.”