After the warm sunny weather of the last few days, once again it comes to an end on Thursday with thundery conditions moving in from France. The thunderstorms are not due to last long and by Friday afternoon many will once again see the return of blue skies and warm conditions, but the weekend is generally unstable in terms of weather.

The Met Office issued its yellow weather warning to be active from 10am on Thursday until 23:59.

The yellow warning is the lowest of the warnings issued by the Met Office and for Thursday warns of thunderstorms and downpours.

The concern is that there may be travel disruption as a result of the weather, which would add further chaos given the RMT union strikes in place this week.

There may be a small chance of flooding in some areas where it could occur quickly and cause damage to some buildings from floodwater, lightning strikes, hail, or strong winds. 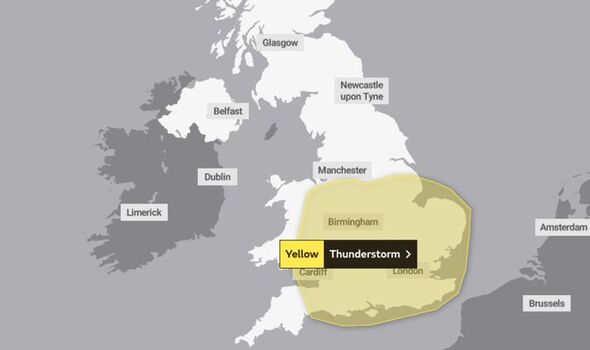 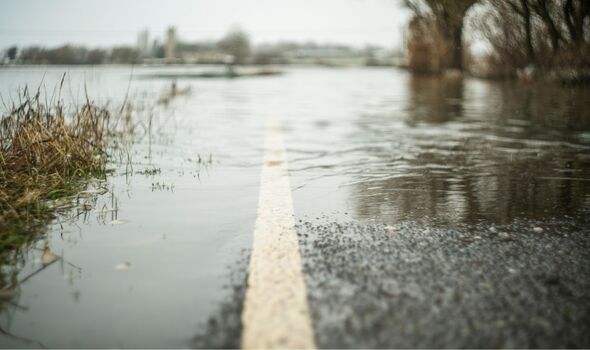 The Met Office has warned that “where flooding or lightning strikes occur, there is a chance of delays and some cancellations to train and bus services.

It also warned of a “slight chance” of power cuts to some homes and businesses or the loss of other services to these areas.

The warning area is large and is under review by the Met Office as the exact location for the storms is difficult to identify at this time. 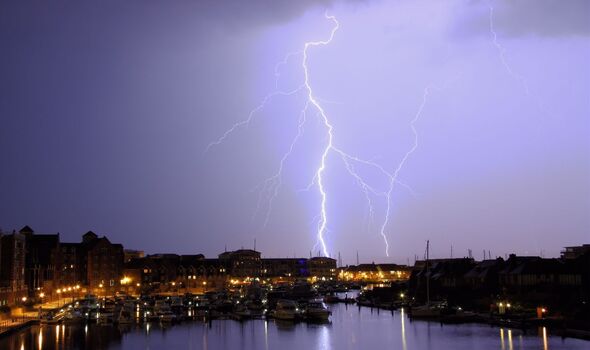 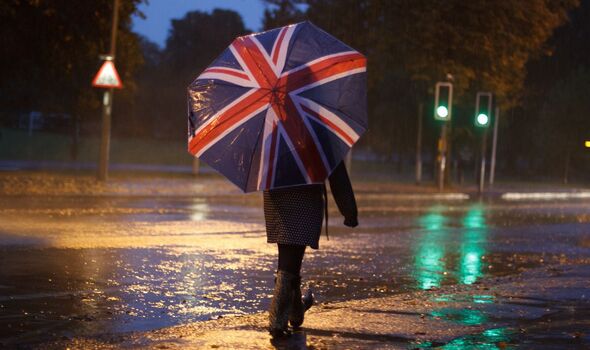 The warning states that the storms will be most prominent from the afternoon and into the early evening.

It states: “Where thunderstorms do occur there is a chance that in a few places up to 40mm of rain could fall in an hour or so and 40 to 60mm could fall in two or three hours.

“These torrential downpours may be accompanied by frequent lightning, whilst gusty winds and hail may also affect a few places.” 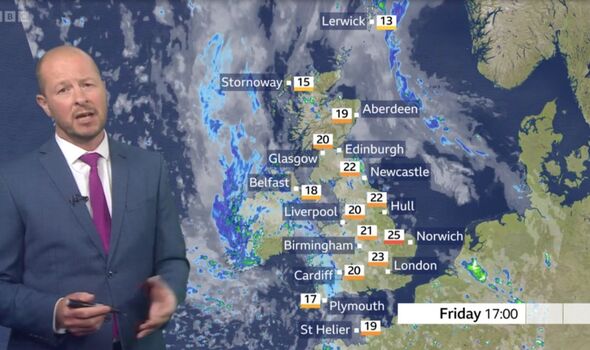 However, there is hope for the rest of the week as BBC meteorologist Darren Bett did give some positive news about the weather for Friday.

With much of the wet weather cleared away by then, there will be some sun in the South of England, notably East Anglia.

Temperatures for Friday are set to reach 23C in London and other southern areas and between 19C and 22C in the north and in Scotland.