Temperatures in the UK are set to plunge from mid-November, as colder air from the Arctic is set to move in. The chilly gust is likely to cause heavy downpours, sleet, hail and even snow – especially in northern parts.

BBC forecasters have said cold northerly plunges are more likely from the middle of next month.

They said: “A change is likely after mid-November, when colder air from the Arctic and showery weather should extend southwards more often.

“Some heavy showers at times, falling as sleet, hail and even snow, especially over the mountains in the north.

“Colder by day and sharper frosts by night, on some nights.” 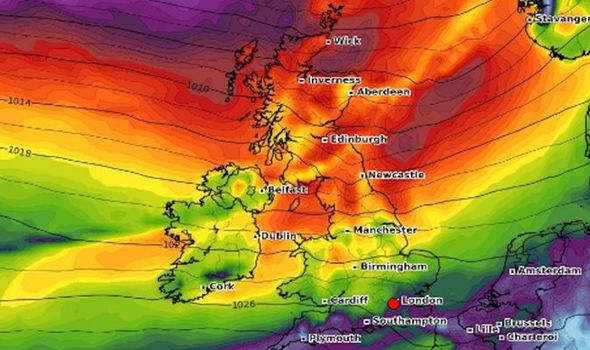 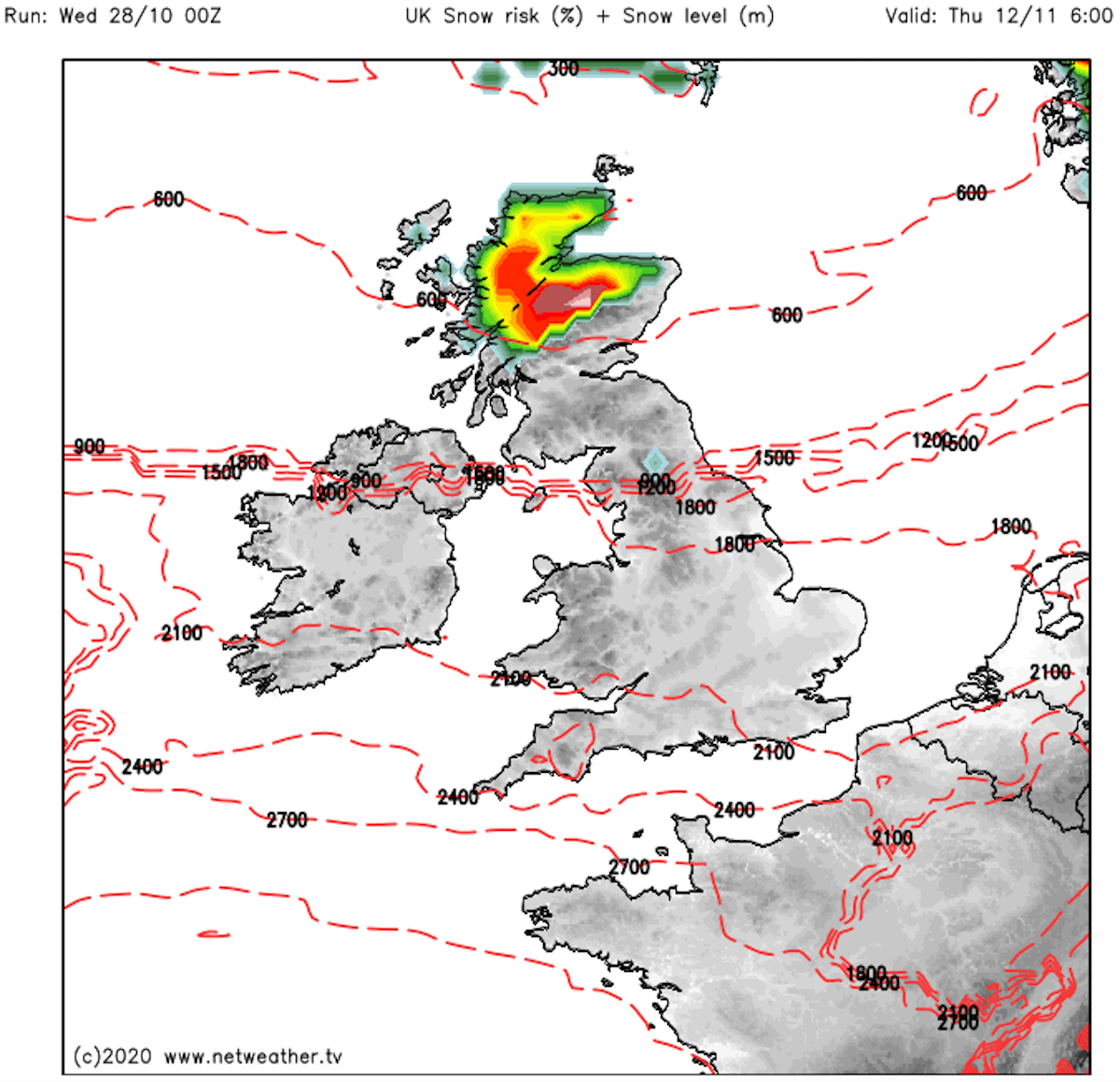 Weather maps show there is a high risk of snow on Thursday November 12.

The chart, by NetWeather, shows northern parts of Scotland have almost a 100 percent chance of snow at 6am.

Coastal parts of Scotland also have some risk of snowfall, according to the weather map.

A second set of maps show strong gusts of winds moving in from the west on the same day.

JUST IN: Met Office warning: Lives at risk amid up to 6 INCHES of rain 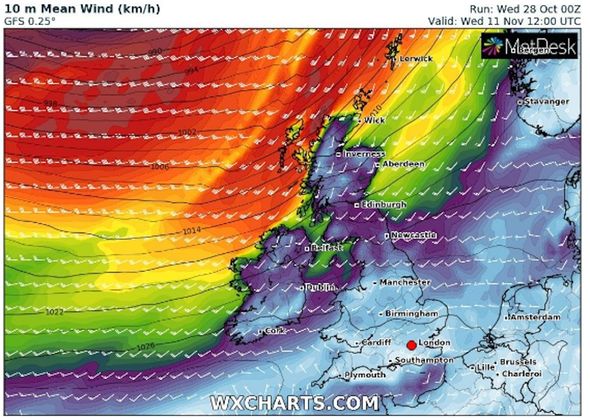 The chart shows the north of the UK turn yellow and red, indicating wind gusts of up to 68mph.

Northern Ireland, Wales, the Midlands and southern England can expect gusts of about 30mph.

By Wednesday morning the strong gusts of winds will hit northern parts of Scotland and move further south as the day goes on. 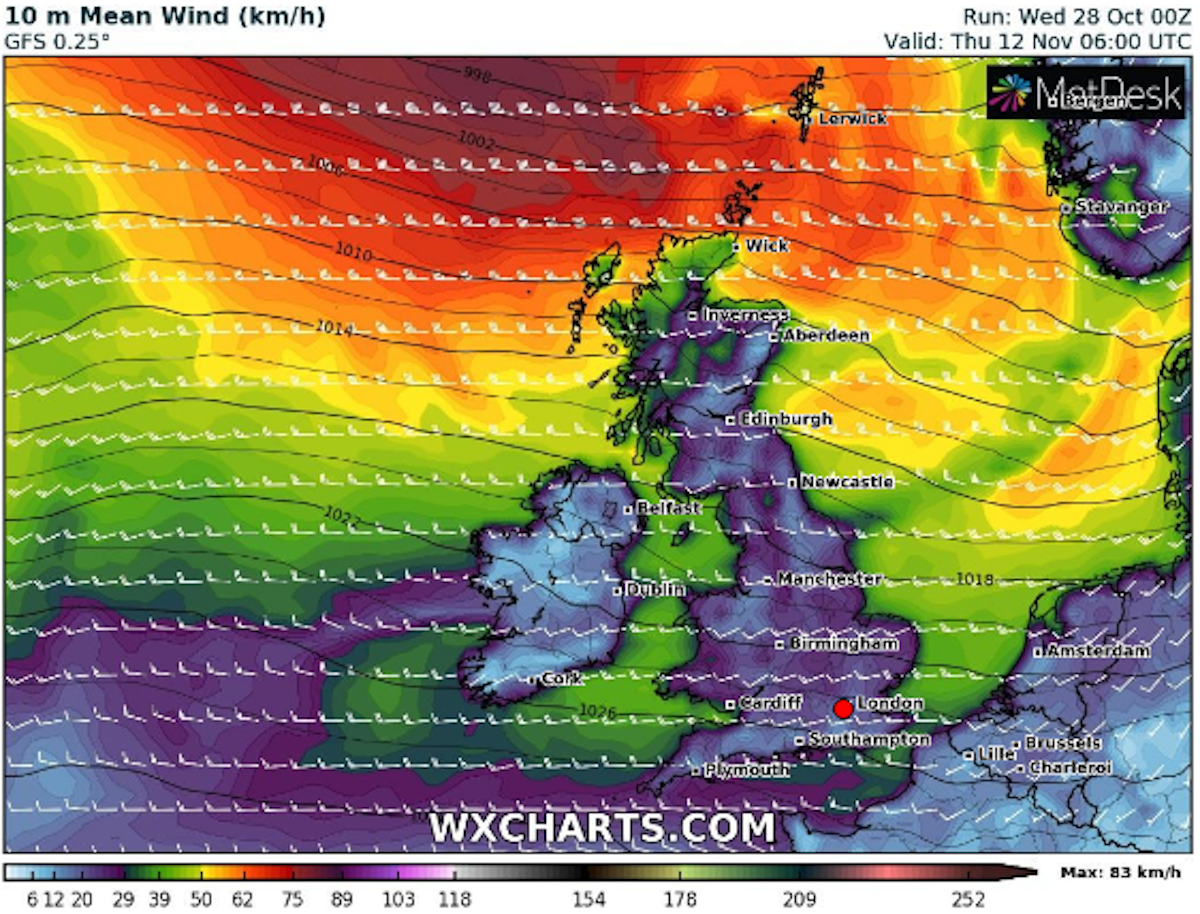 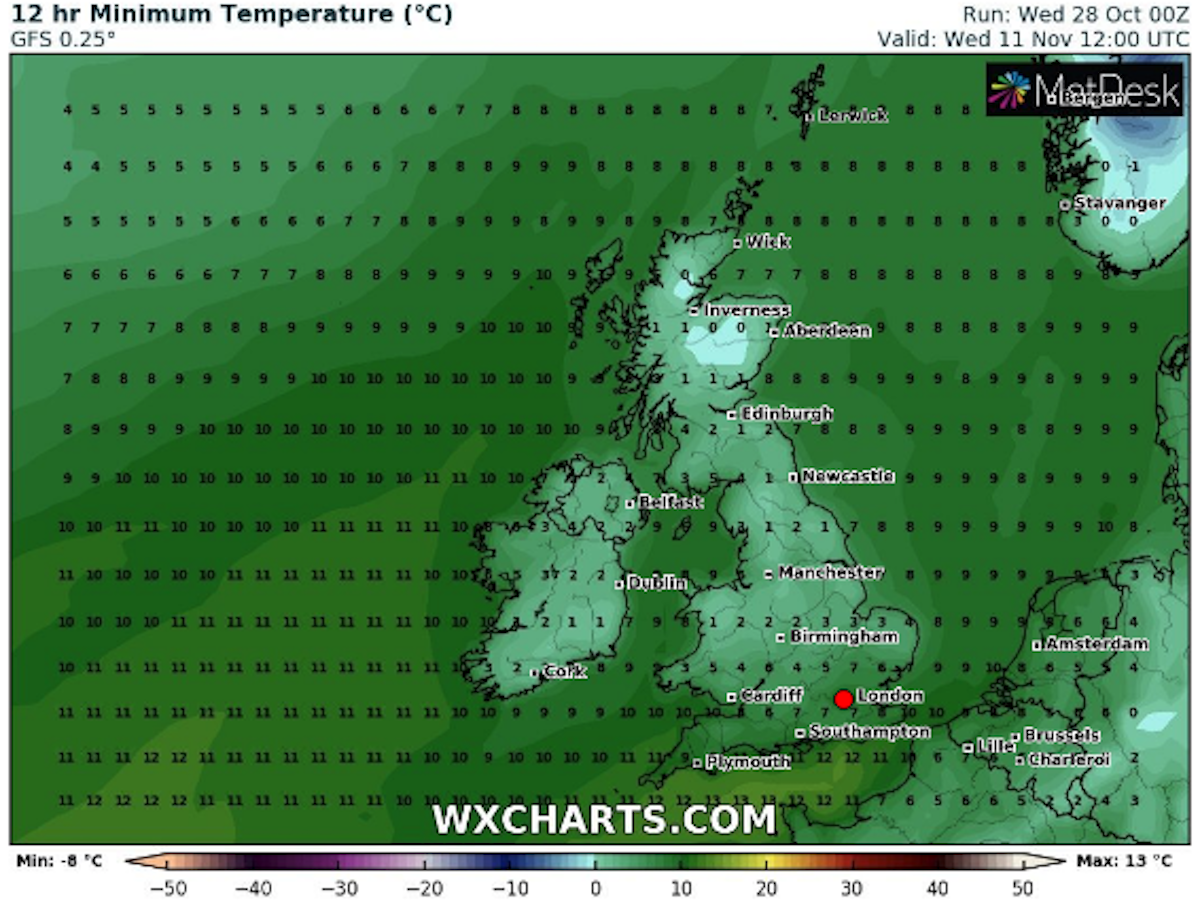 The shocking weather maps depict a plume of red, purple and green sweep over the UK.

The chilling wind looks set to drive down temperatures, with WXCHARTS showing the mercury could plummet to the low single digits on Wednesday.

London can expect temperatures to stay around 7C, while northern parts, as well as Wales and Northern Ireland can expect a chilling 1C or 2C.

Scotland will see the worst of the cold weather, as the mercury struggles to go above freezing. 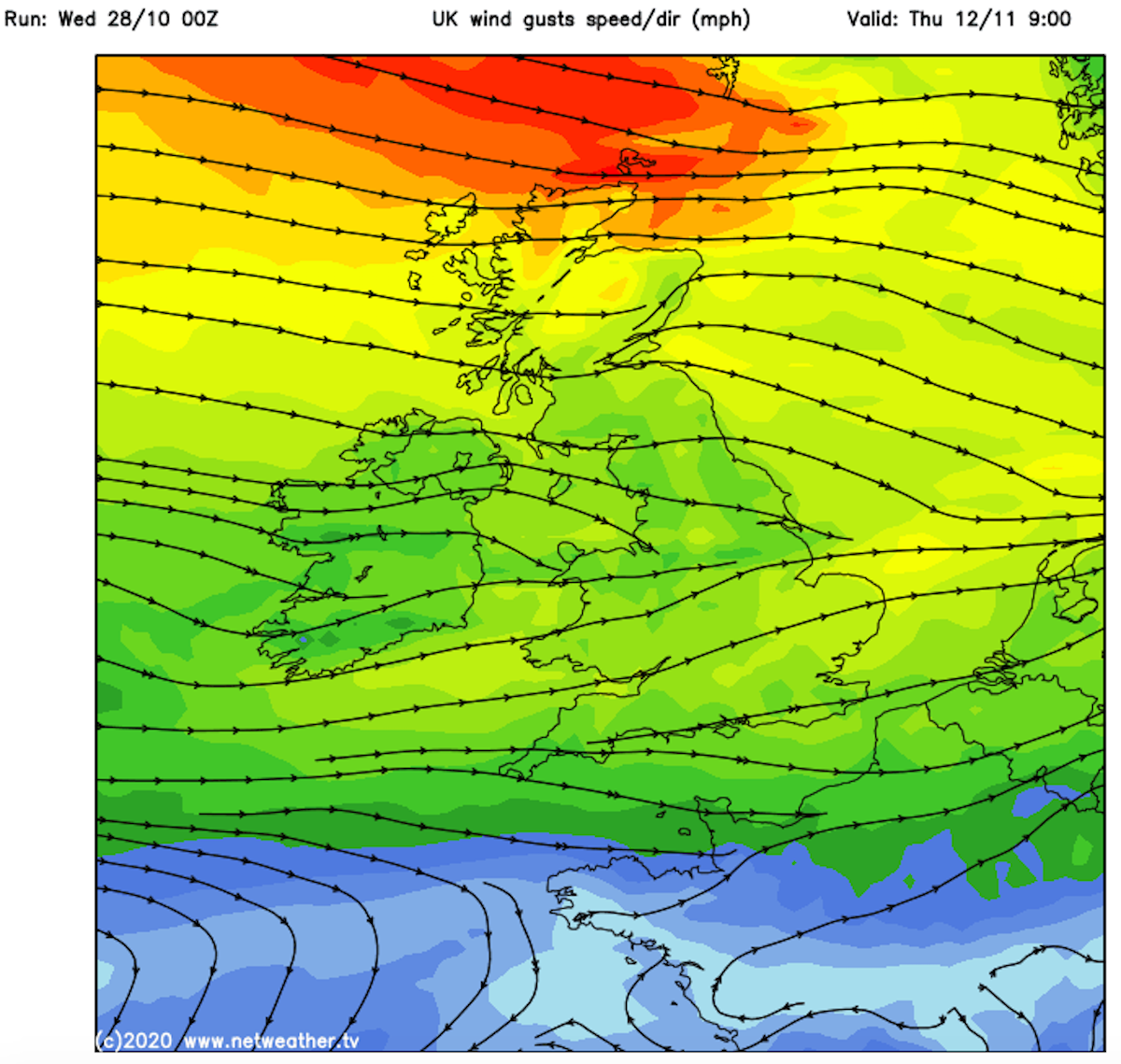 The Met Office also expects the second half of November to be characterised by colder conditions and more frequent showers.

They expect heavy showers to particularly affect the east of the UK.

Forecasters said: “In the south temperatures are expected to be lower than average for the time of year, whereas they will be closer to normal in the north.”