The UK will start the week with wet and windy weather before high pressure builds up mid-week. Later in the week, frost and fog are expected to strike the country with chilly temperatures.

Aidan McGivern, Met Office Meteorologist, said: “A wet and windy start to this week across northwestern parts of the UK.

“But the good news is from mid-week it’s going to turn much drier, high pressure builds and at this time of the year that normally means frost and fog overnight.”

By Thursday and Friday temperatures are forecast to drop to freezing with risks of fog and frost.

Jo Farrow, Netweather forecaster, said: “For Thursday morning and more so by Friday morning there will be fog. 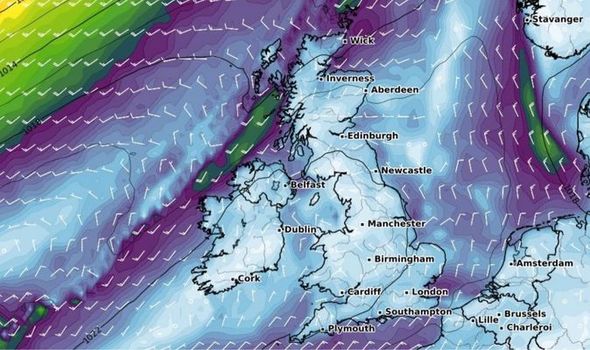 “With temperatures around freezing and very light winds, there will be frost, the risk of freezing fog and dense fog in places.”

But before the freezing fog hits the county, Britain is set for a wet and rainy start to Tuesday.

Mr McGivern said: “A good deal of cloud cover across the UK on Tuesday morning. 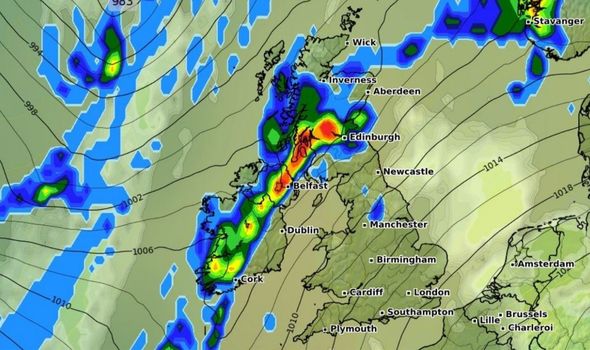 “60-80mm over some of the peaks in western Scotland by the end of Tuesday.”

Temperatures on Tuesday are expected to reach 11 to 13C in the UK.

The rain will move away from Scotland into northern England on Tuesday evening and overnight. 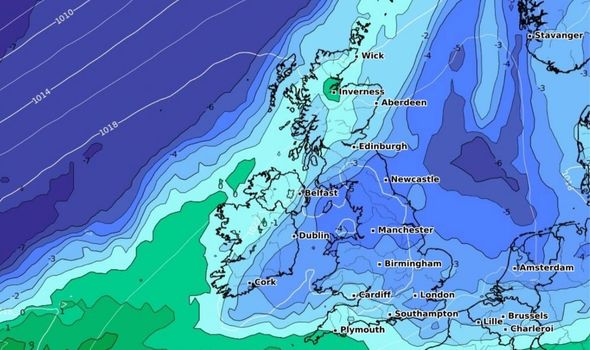 Mr McGivern added: “A touch of frost for Scotland and Northern Ireland where we get some shelter.”

On Wednesday a band of weather could bring some and thunder in Scotland.

“Behind this will be increasingly sunnier skies, a nip in the air and a colder NW wind but drier.

“Only the far north of Scotland will have showers, and these could bring hail and thunder with a cold north wind setting in.” 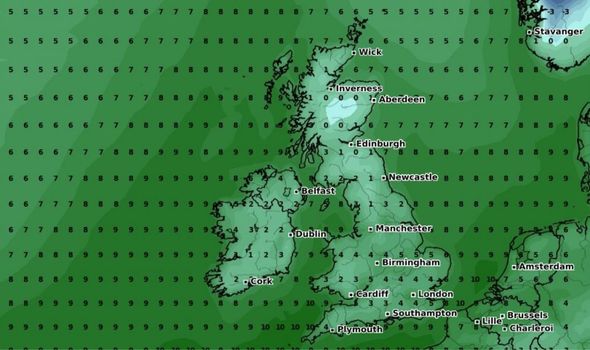 There will be a “significant change” later this week according to forecasters due to the jet stream.

The high pressure will bring drier but colder conditions overnight.

Mr McGivern said: “This time of the year with clear skies overnight and light winds that means frost and fog.

“And I think in some places during Friday and Saturday those fog patches will be dense and they are likely to last for much of the day.”