Warm air is predicted to sweep across Northern Europe and the UK at the start of next month, with the latest heat charts showing shades of dark orange sweeping across the nation. Temperatures could soar by the time May arrives, as the latest models from WXCHARTS show Kent basking in 19C on Sunday, May 2. Elsewhere in the south east, London, Essex and Norwich could see highs of 17C on the same day.

Further north, Leeds and Manchester could be slightly cooler at 13C on Monday, May 2, meaning the May Bank Holiday might not be scorching across the whole of Britain.

The start of that week will see temperatures across the UK comfortably higher than usual.

WXCharts’ temperature anomaly charts show temperatures between 4C and 6C higher than average in London, the West Midlands and the North East.

Scotland and Britain’s south and east coasts will be between 2C and 4C higher than is normal. 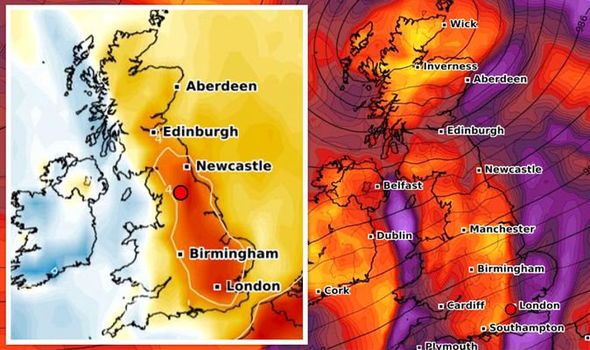 Jim Dale, a meteorologist at British Weather Services, warned there will still be colder spells and downpours of rain before the hotter weather arrives.

He told Express.co.uk: “The dry weather will hold until the end of the month with drought-like conditions.

“It will be pleasant enough with sunshine.

“But at the end of April and start of May, there will be wetter weather due to an Atlantic weather system. 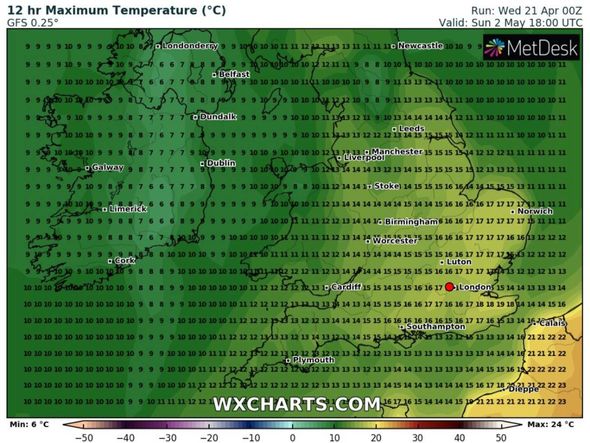 “Temperatures will not rise at first due to cold air from Scandinavia.

“We will have to be patient to see much warmer weather as May progresses.”

The BBC’s long-range forecast between Monday, May and Sunday, May 16, added southern parts of England could be hit with warmer air during May.

The forecast said: “The first half of May should bring further high pressure for a time, leading to some drier weather with likely cooler-feeling air as the high centre linger to the west. 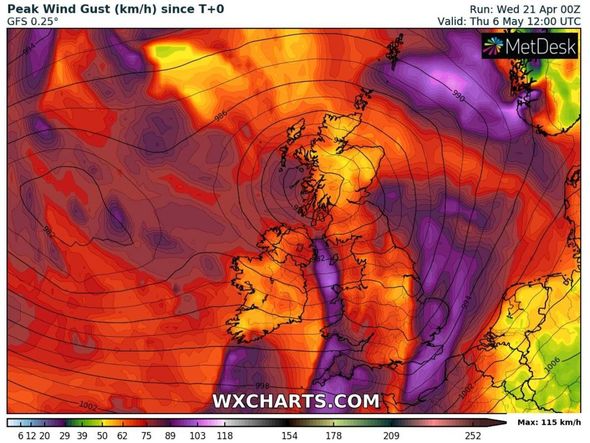 “This is again supported by some of the computer model outlooks and many of our historical analogues.

“Similar to the previous weeks though, we can’t pin down where exactly the high centre will be with any sense of accuracy at the moment, and the temperature forecast is extremely sensitive to the location being precise.

“What we can tell you with some reasonable confidence is that May should start out largely dry and settled with perhaps a bit brief spells of rain for some.

“As we head towards the middle of the month, high pressure may shift away for a time and allow the low pressure to strengthen and return to Northwest Europe. 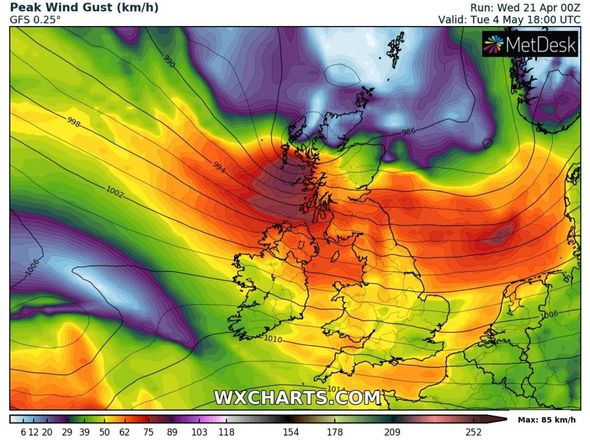 “This would bring more unsettled weather back to the UK after a lengthy dry spell along with warmer air as winds shift to be more southerly.”

The Met Office also predicted the south to benefit from the spring heat between Sunday, April 25, and Tuesday, May 4.

The long-range forecast said: “A settled regime will likely be in place across much of the country at first with high pressure likely to be centred to the west or northwest of the UK during this time.

“However, there is the threat of some rain and a few showers in the North and East. 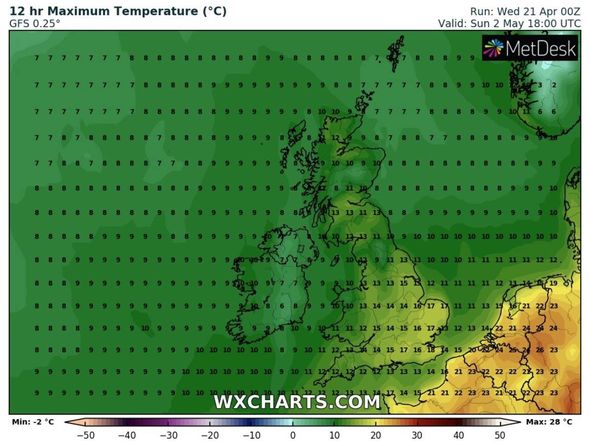 “There’s a small chance more unsettled conditions with heavier showers could move up from the south to impact southern areas.

“There are the continued threats of rural frost and patchy fog where winds fall light.

“Temperatures become quite uncertain depending on where the high resides, particularly in the east where temperatures are likely to struggle above average.

“Warmer days are most likely to be further inland towards the south and west.”