Cold air from the Arctic is forecast to send a shiver through Europe during November and will likely bring wintry conditions. Snow is likely to settle across northern Italy and spread across to Spain during the second week of November, according to WXCHARTS’ snow depth maps. The latest models also predict a small risk of snow to fall in northwestern regions of England on November 14, including Cumbria, Manchester and Liverpool.

Temperature models show France and the UK being blasted with temperatures lower than average towards the end of November.

Brian Gaze, forecaster at The Weather Outlook said: “The latest GEFS35 finishes week beginning 25/11 with a significant cold anomaly (850hPa level) across much of Europe.

“I’d suggest keeping an eye on updates in the coming days to see if this becomes a pattern.” 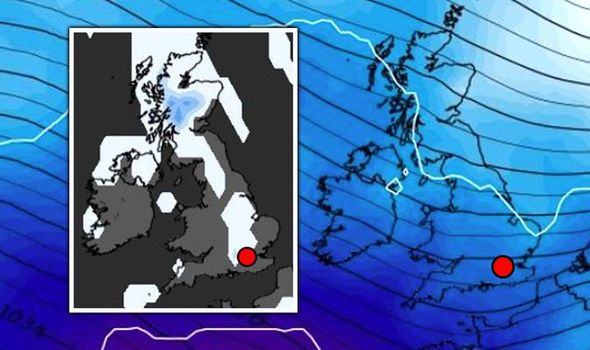 The forecast between Monday, November 9 and Sunday, November 22, said: “This autumn, we have a La Nina event in the Pacific Ocean, which means much cooler than average sea surface temperatures over the central and eastern Tropical Pacific.

“Despite the Pacific Ocean being thousands of miles away from the UK, unusual conditions here can have a broad influence on global weather patterns, including over Europe.

“A La Nina event tends to increase the chance of the UK getting some decent cold snaps before Christmas, as we saw in both 2016 and 2017, when we last had a La Nina pattern. 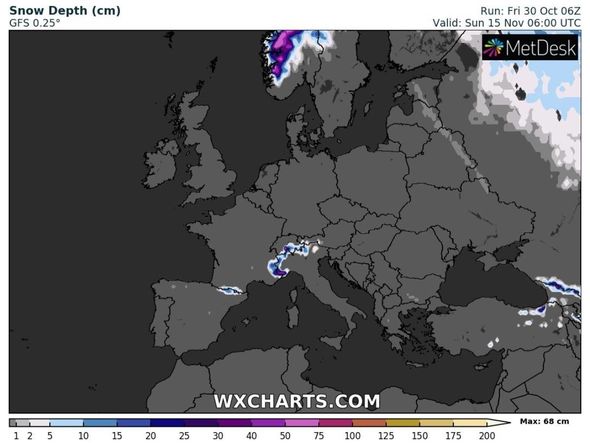 “However, other factors can also influence the UK’s weather in late autumn, too. This can include wind patterns high above the North Pole and the sea surface temperatures over the north Atlantic.”

He added temperatures could be cold enough for snow to fall in parts of northern Europe.

Mr Fawkes said: “Now we’ve still got cool air with us in Scandinavia. 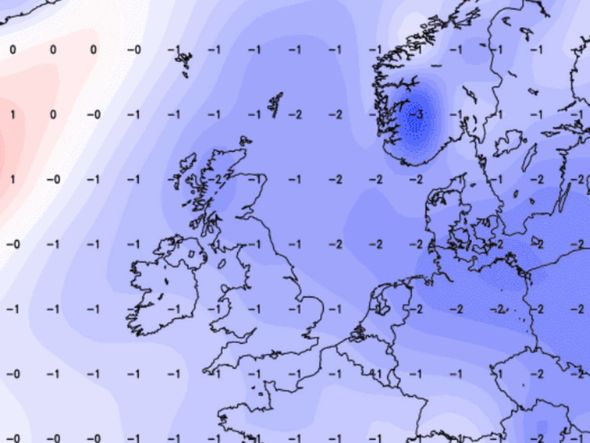 “Temperatures are struggling with highs of about seven is Oslo and Stockholm.

“It will be cold enough to see some snow across those higher elevations in Sweden and Norway.”

Later in the month, cold air from Greenland will also push into central Europe, according to Netweather.

The forecast said: “The weather looks set to turn rather more unsettled during this week but still with high pressure often close to the south and southwest of Britain.

“With relatively high pressure developing around Greenland and Iceland and low pressure over northern Scandinavia, it is probable that there will be one or two northerly outbreaks over Europe during this week, which may pick up scoops of cold air from Greenland and therefore be cold enough to bring wintry showers 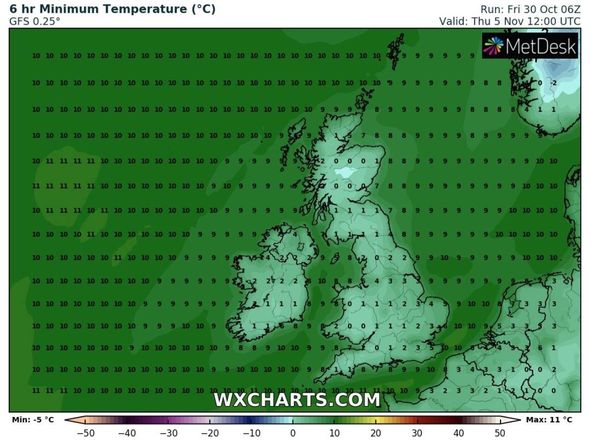 “But confidence is low on whether these will hit the British Isles or rather head into the North Sea and into central Europe.

“For most of the time, winds will blow from a westerly or northwesterly direction, with temperatures generally fluctuating around the long-term average.”

BBC Weather added more areas of the UK could be hit with snow towards the end of November.

The long-range forecast between November 9 and 22 said: “A change is likely after mid-November, when colder air from the Arctic and showery weather should extend southwards more often.

“Some heavy showers at times, falling as sleet, hail and even snow, especially over the mountains in the north.

“Colder by day and sharper frosts by night, on some nights.”