A so-called Indian summer is on the agenda as forecasters say Britain can expect “one last blast of summer” in a couple of days. Temperatures are predicted to reach 31C on Tuesday in southern parts of the country after first climbing to mid 20s on Sunday.

The warm weather is a result of “tropical continental air” arriving from a southerly direction.

Ms Diamond said: “It definitely feels like one last blast of summer even though we are, meteorologically speaking, in autumn.”

She added: “Certainly it looks like with the higher temperatures and sunshine it will feel summery for many from the latter part of the weekend onwards.” 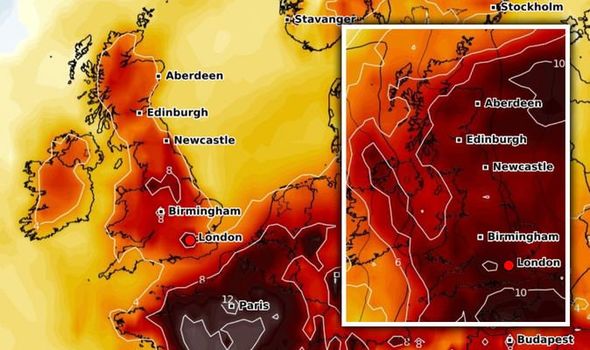 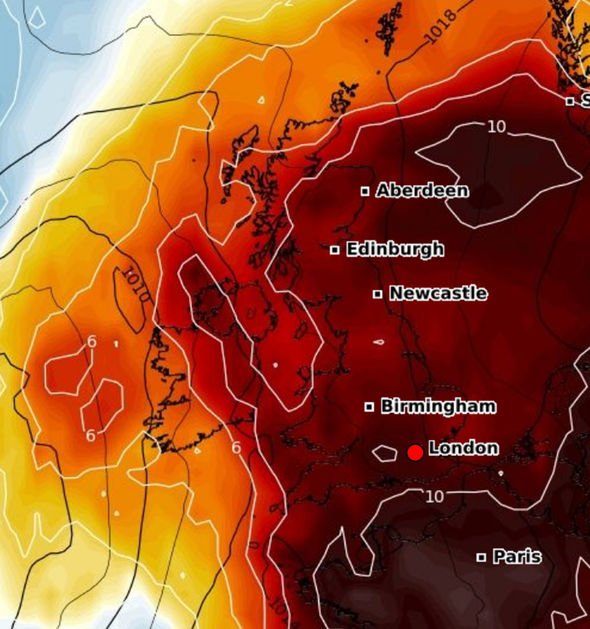 The weather outlook for Monday to Wednesday will, according to the Met Office, be “very warm”.

The forecaster said: “Very warm across many areas Monday and Tuesday, and hot for parts of the south.

“Rain or showers for some western and northern areas. Becoming cooler from the north Wednesday.”

On Saturday, the south will be mostly fine and dry with sunny spells. 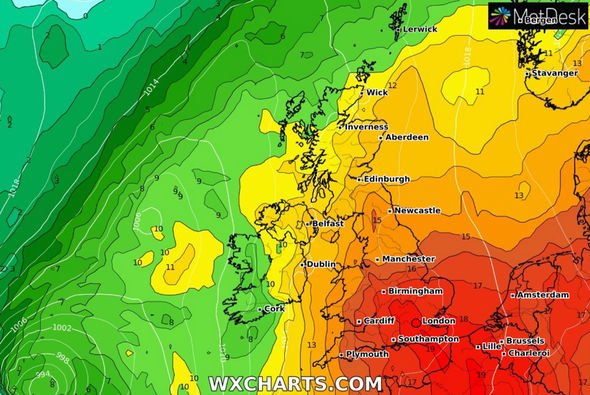 Commenting on the return of high temperatures later in the weekend, Deputy Chief Meteorologist, Nick Silkstone, said: “Along with the dry and sunny weather, southern areas of the UK will see temperatures rise due to a combination of high pressure and warm air from the continent.

“On Sunday temperatures across central and southern England will reach into the low to mid 20’s Celsius and it’ll turn warmer still as we start the new week, with temperatures possibly reaching around 29 or 30 Celsius in the south east early next week.”

However, before the September heatwave arrives, parts of northern UK must contend a weekend of weather warnings.

Today, Scotland will be windy and showery at first, especially in the north, before more persistent rain follows into western Scotland later.

The Met Office has issued a yellow warning for rain for western Scotland, where rainfall totals on hills and mountains could exceed 150mm over the weekend.

Chief Meteorologist Steve Ramsdale said: “There’s a bit of a north-south split in the weather for the UK this weekend, with wet and windy weather across the north and largely fine, dry conditions in the south.

“At the moment our focus is on parts of western Scotland.

“Although Saturday will start bright and breezy with a few showers, heavy and persistent rain and strong winds will arrive later in the day and continue through Sunday, before finally clearing on Monday. 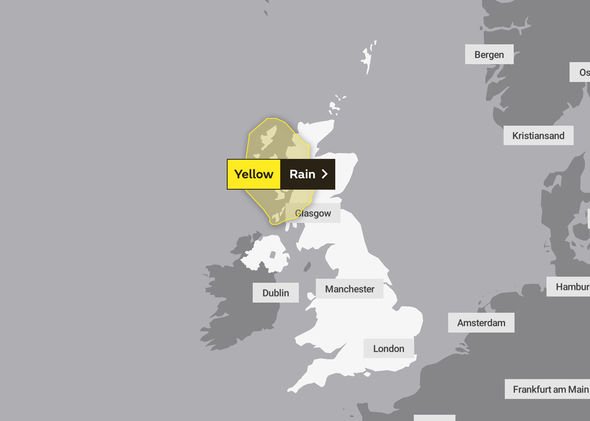 “It’ll be a largely fine and dry weekend elsewhere though, with long spells of autumn sunshine.”

The weather warning for rain is in effect for Central, Tayside and Fife, Highlands and Eilean Siar and Strathclyde.

People in these areas can expect strong southwesterly winds and heavy and persistent rain on Saturday and Sunday.