Windy weather maps show an area of strong winds approaching the UK from the west over the evening of Thursday, October 8. Weather maps for Friday show the wind will hit much of the UK, and it will be accompanied by some chilly temperatures.

WXCHARTS maps, which use data from MetDesk, also show a similar windy and cold picture.

Maximum wind gust maps for Friday show much of the UK is green, suggesting winds up to approximately 24mph (39km/h) could be possible.

In some spots of Scotland, WXCHARTS maps show winds could reach speeds up to approximately 39mph (62km/h). 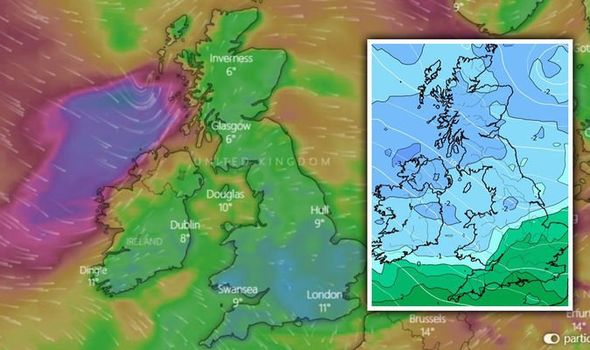 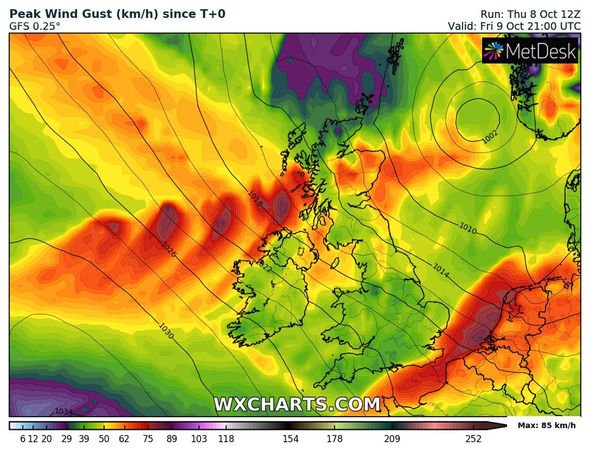 Minimum temperature maps suggest some places in Scotland could even see temperatures as low as 0C on Friday morning.

Weather maps for the weekend suggest similar maximum temperatures for the UK on Saturday and Sunday. 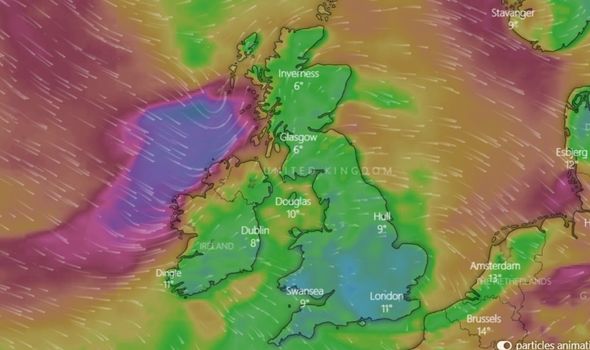 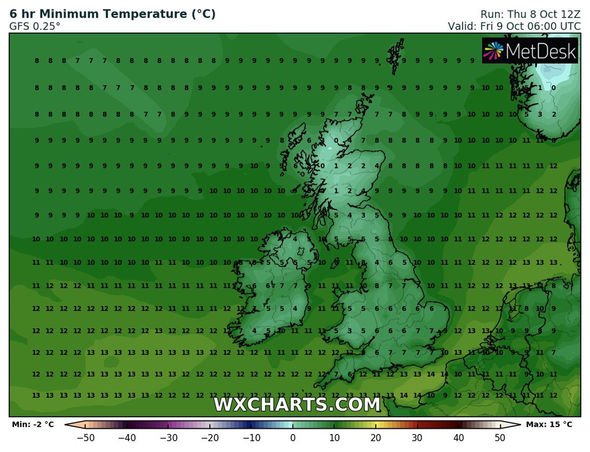 The blustery and wet weather expected for the UK on Friday can be attributed to a “band of showery rain”, according to the Met Office.

The Met Office forecast the band will move across the UK over the coming days, bringing with it heavy winds and showers.

For Thursday evening and overnight, the Met Office forecast: “Mostly dry with clear spells at first, but a band of rain into northwest Scotland this evening moving southeast to reach northern Wales and northern England by dawn.

On Friday the Met Office predicts the band of showery rain will be “continuing southeast to clear the far southeast by evening”.

The Met Office adds: “Sunny intervals and heavy, blustery showers elsewhere, wintry on hills of the north. Windy and cool.”

In their forecast for Friday, Netweather also forecasts some “blustery northwest winds”. 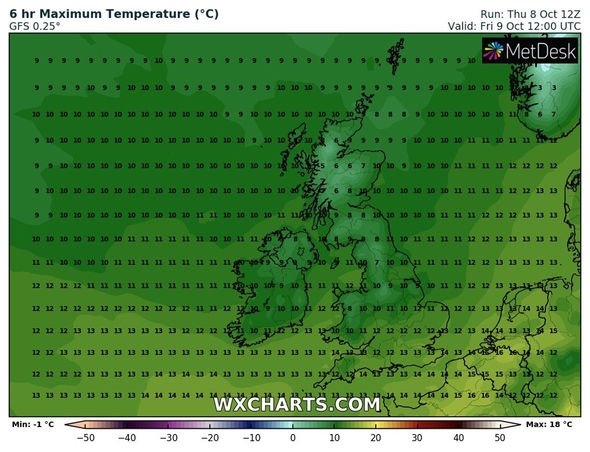 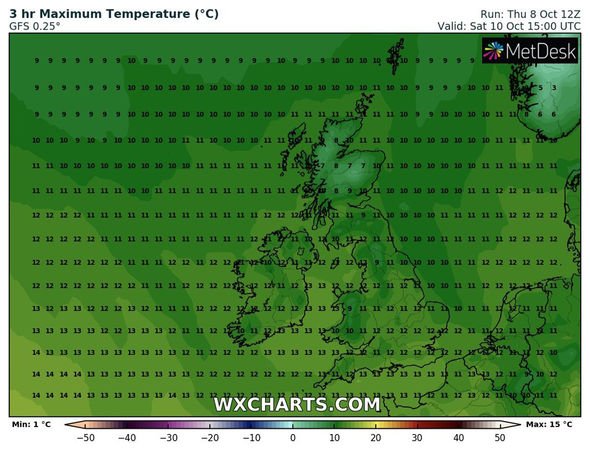 The forecast reads: “This evening (Thursday) and overnight, a more organised band of rain and showers will arrive into the northwest of Scotland, bringing more sleet and snow to the tops in the Highlands.

“That’ll work its way steadily southeast, clearing Scotland by dawn and continuing through England and Wales during Friday.

“Behind that, there’ll again be showers coming down from the northwest, and they’re likely to be more widespread than they were today (Thursday).

“It’ll be another cold feeling day for the time of year, with blustery northwest winds and maximum temperatures of 8 to 12C typically, although the far southeast will be more sheltered and milder at 12 to 15C.”