The last few days have been marked by heavy rain and plummeting temperatures for many regions of the UK. But according to the latest predictions, the weather outlook could be significantly brightening up for the UK over the weekend.

According to the Met Office, some regions could see temperature highs into the teens this Saturday.

Emma Falter of the Met Office told The Sun: “It looks set to generally improve quite slowly.

“Tomorrow and through the weekend, the weather will start to get a bit warmer – it’ll be around 16C at the absolute highest.

“By Wednesday we’ll be getting back up to around 20C. 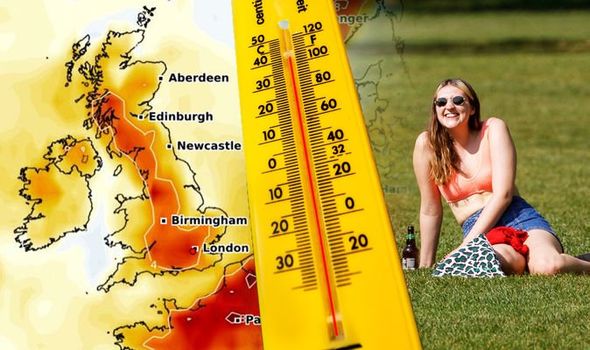 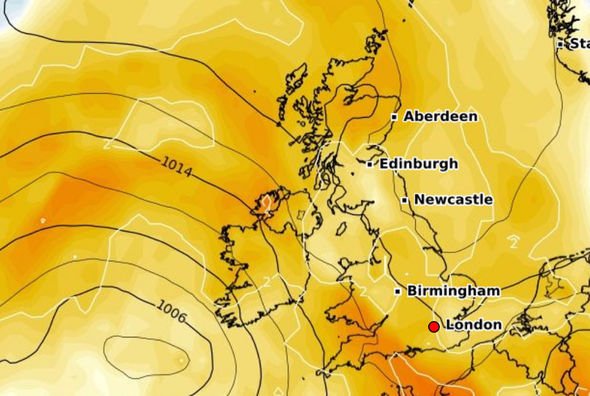 “It’ll be a bit cheerier and there’ll be more sunshine around.”

According to Severe Weather Europe, southern and western parts of Europe can expect a changing weather pattern in early May.

The weather service says “an omega blocking pattern should develop and support a significant warm advection into southwestern Europe” resulting in a very hot air mass also in the lowlands. 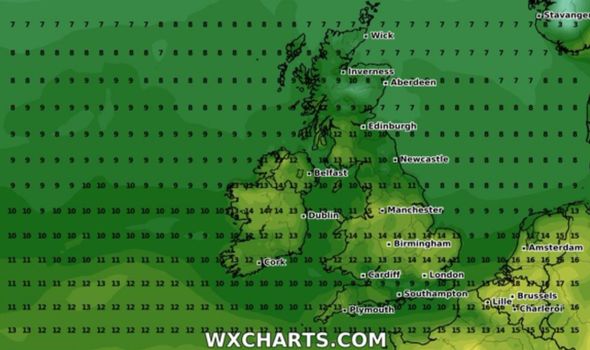 “A deep and large upper low forms over the Azores, while high-pressure system strengthens to its east, over Iberian peninsula, France, and UK/Ireland.

“This will deliver stable weather into the western half of Europe.”

Netweather’s forecast also suggests sunshine may creep in on Saturday, with some regions forecast to see highs of 17C.

The Netweather forecast reads: “As pressure slowly rises, Saturday should be somewhat better, after a fine but chilly start in places.

“There’ll be sunny spells, but cloud will build again to produce a few showers, but they shouldn’t be as heavy or as widespread and mostly confined to the North and East of Scotland and eastern England.

“Through the afternoon, the showers should tend to fade, with a fair chance of it staying dry towards the West and South in particular.

“Winds will be mostly light or moderate North Westerly, with maximum temperatures 9 to 13C in the North and 14 to 16C locally 17C further South.

“Any remaining showers fade into the evening, with most parts seeing some sunshine to end the day.” 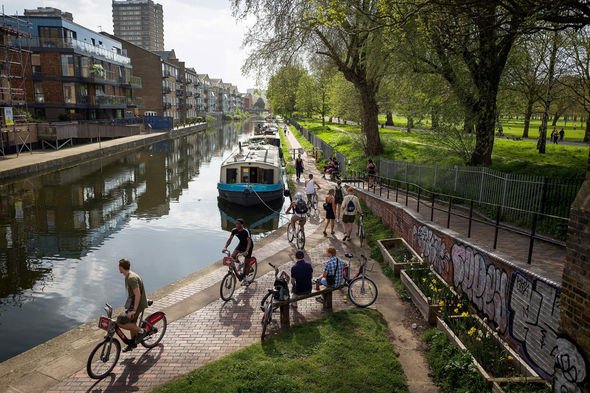 WXCHARTS maps, which use data from MetDesk, show the warmer temperatures may continue into Sunday.

The charts show the warmer weather is forecast for southern England and the Midlands, with highs of 14C predicted in some areas.

Brits are yearning for a return to the sunny and warm weather of April, which the Met Office has recently revealed was the sunniest April on modern record.

Dr Mark McCarthy, head of the Met Office’s National Climate Information Centre, said: “Although April 2020 will be remembered for being the sunniest April on record in England and the UK, along with the sunshine, the month was largely dry with mean temperatures well above average for most parts of the UK.

This Evening and Tonight:

“Dry for many though a few showers for Wales, central and northern England as well as some more persistent rain over the north of Scotland.

“Some clearer spells developing with a relatively chilly night, perhaps the odd spot of frost.”

“Sunshine and showers for eastern parts, though northern Scotland cloudier with some more persistent rain.

“Much of the west and south staying dry by day. A little warmer than Friday.”

Outlook for Sunday to Tuesday:

“Still a few showers for northern and eastern areas.

“Cloudier at times in the far southwest with rain likely, heaviest on Tuesday. Many other areas dry and fine.”