The Met Office has issued a yellow warning for wind for Thursday, as a low pressure system sweeps in from the Atlantic. Maps show areas affected by the warnings will mostly be the Shetland Islands, but cold air is likely to also make its way down the rest of the UK. The warnings are in place until 3pm today.

The forecaster also warned of lightning caused by sleet falling.

A statement from the Met Office said:” A deep area of low pressure passing close to Shetland will bring very strong, cold northwesterly winds on Thursday morning and early afternoon.

“Gusts of 65-75mph are expected at times, while squally wintry showers with lightning could prove to be additional hazards.”

People who are carrying out essential travel, there are also warnings of disruption to services due to the strong wind. 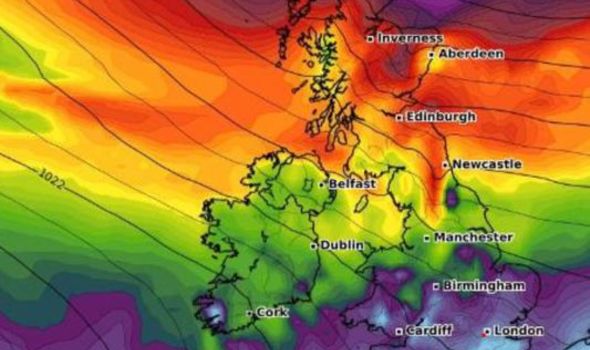 And some areas may also be affected by power cuts during the day.

The Met Office added the UK will experience wintry conditions until Friday.

It said: “Windy in the far north today, particularly for the Northern Isles, with frequent wintry showers.

“Mostly cloudy elsewhere but dry for most away from the high ground in the west. Cold in the north. 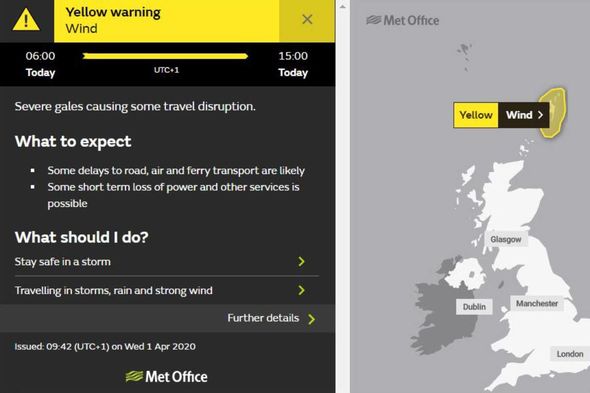 “Widespread frost in the north and northeast with wintry showers persisting in the far north tonight.

“On Friday, there will be wintry showers in the far north.

“These gradually easing during the day, lasting longest for Shetland where still windy. Otherwise fairly cloudy but mostly dry. Colder than Thursday for most.”

The forecaster added the weekend will see warmer temperatures. 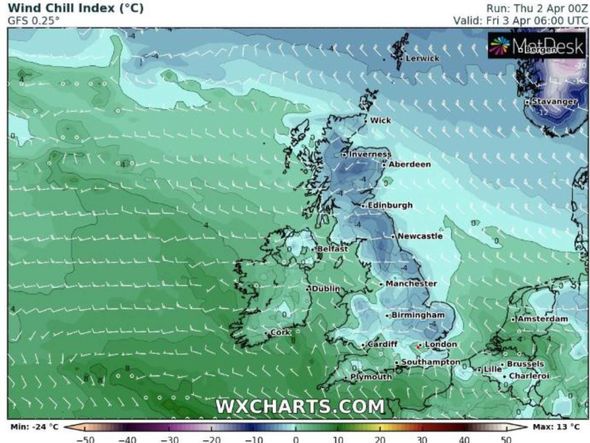 It said: “Mostly dry through the weekend with sunny spells.

“Outbreaks of rain moving east later Sunday and into Monday with sunshine and showers following.”

The UK is expected to see a mini-heatwave this weekend as temperatures are on course to soar to 20C. 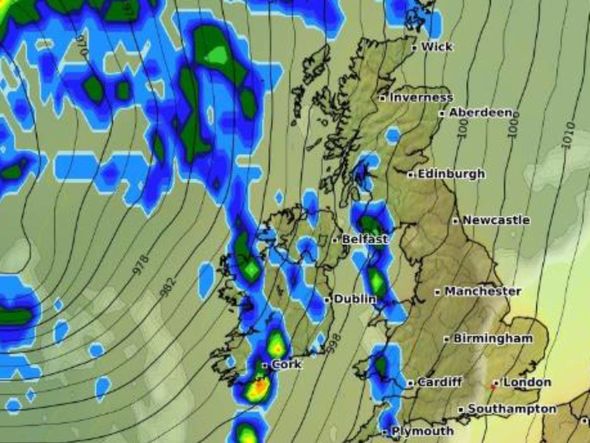 Met Office spokeswoman Nicky Maxey said that this weekend temperatures will be “picking up for much of the country”.

The mercury could hit 15C on Saturday and 20C on Sunday in London.