According to forecasters, parts of the country could be hit by bitter conditions set to roll in from the Atlantic tonight. Due to this colossal band of weather, the Met Office has issued yellow weather warnings for snow and ice following the gales which hit most of the UK on Thursday morning. The worst of the wintry conditions will be centred around Scotland where yellow warnings are in place for today and tomorrow.

According to the Met Office, snow could hit the north and Highlands of Scotland from 6pm this evening.

Due to this band of cold weather, temperatures in Scotland are set to plummet below freezing this evening.

These conditions will intensify on Friday with some areas seeing temperatures drop close to -5C (23F) in Scotland on Saturday morning, according to WXCharts.

According to BBC Weather, the wintry conditions should continue on higher ground this evening while some areas will continue to see high winds. 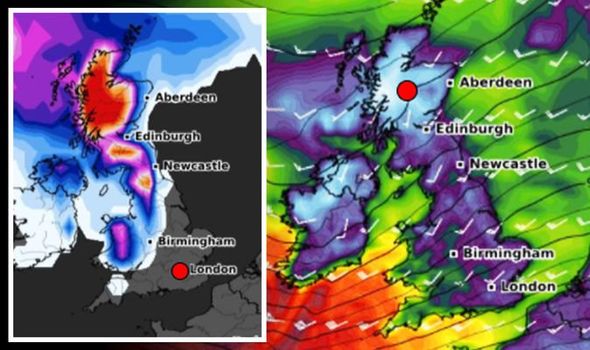 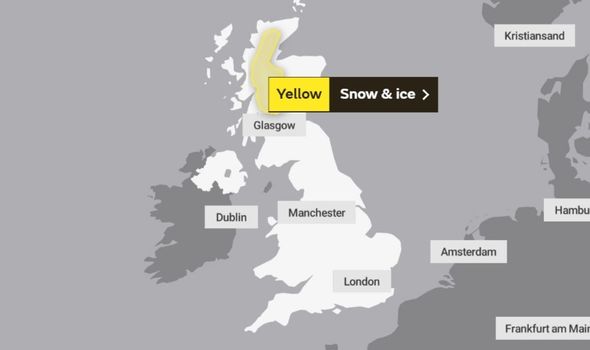 “It will stay dry over central and eastern England and northeast Scotland, with clear spells.”

Looking ahead to tomorrow, BBC Weather said: “Showers will continue to push in from the west, some wintry over high ground.

“Showers will be widespread in the morning with central and eastern areas drier in the afternoon.” 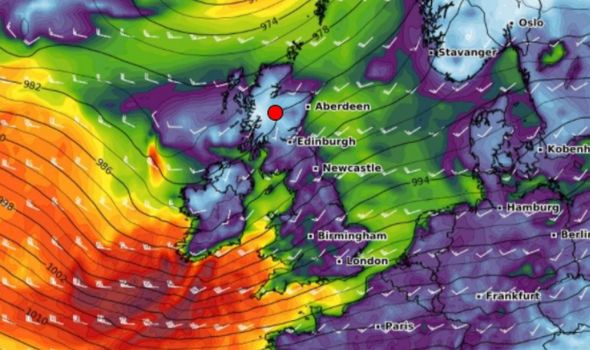 While the rest of England will see temperatures remain in low figures, heavy rain is expected in multiple areas on Saturday morning.

After winds of up to 86mph (138kph) battered the UK, the South and North West of England and Wales will see rain levels approaching 30mm (1.1″) on Saturday.

Indeed, on March 14 rain levels are expected to accumulate to 40mm (1.5″) for much of Wales, the South-West and North West of England, weather charts suggest.

According to WXCharts, these showers will intensify as the week progresses with forecasters predicting levels reaching 45mm (1.7″) of rain in Wales on March 17. 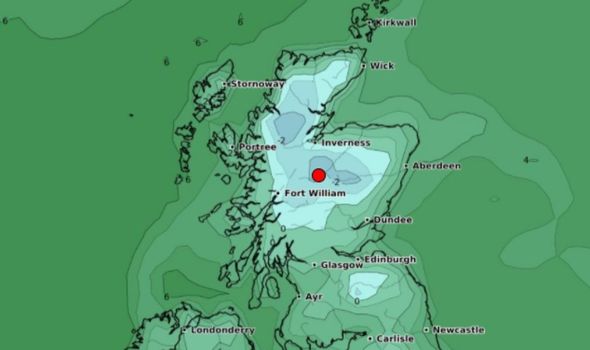 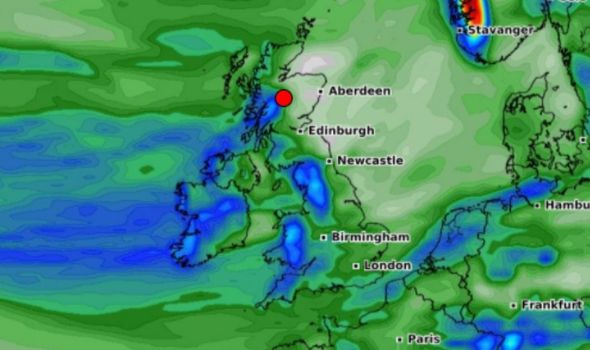 Commenting on the weather between March 16-25, the Met Office said: “At the start of this period, the weather is likely to begin settling down with high pressure building from the southwest.

“Temperatures will likely be near or a little above average at first, but chilly at night with rural frost.

“Southern and western areas are likely to see primarily settled conditions, with a good deal of dry weather, though some rain remains possible at times.

“However, there is more uncertainty across northern and eastern areas, where spells of rain, showers and stronger winds are more likely, though still with some reasonable drier interludes.

“Some morning fog patches are likely to develop in the settled regime, most likely in the southwest. 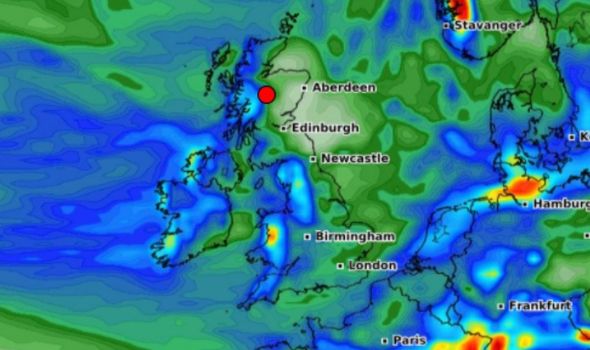 These conditions come after the majority of the UK suffered gale-force winds overnight on Wednesday evening.

A separate yellow weather warning was issued for both England and Scotland due to the high-speed winds, which were particularly strong on the coast.