BBC Weather: Flood warning issued for parts of the UK

Met Office warnings are in place across England this week, with three days worth of warnings spanning the country due to newly named Storm Christoph. A large area of rainfall is tracking across the central parts of England today, bringing 48 hours of rainfall for some areas. Yet more snow is forecast this week too, with Storm Christoph tracking gales and heavy snow across parts of the country.

Up to 15 inches of snow could fall in some areas according to forecasters.

“Our main concern is heavy and persistent rainfall falling over the Peak District and parts of the Pennines which could combine with melting snow to cause flooding.

“That much water flowing into the river system is not good news for populated areas such as Sheffield. 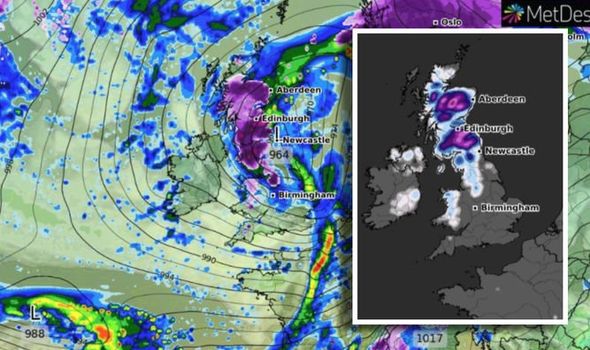 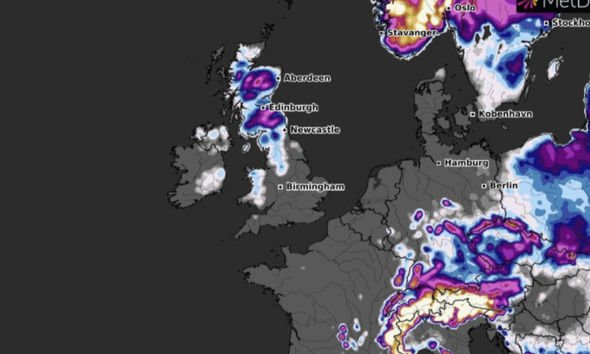 “Despite the brief thaw, from Wednesday night we expect a return of colder, windy conditions, with snow falling on higher ground in the North of England and overnight frosts further south.”

A Met Office yellow weather warning for snow and ice is in place on Wednesday afternoon into Thursday.

This is for Central, Tayside and Fife, Grampian and Highlands and Eilean Siar.

The Met Office warns: “A band of rain associated with Storm Christoph will push in from the northeast, turning readily to snow. 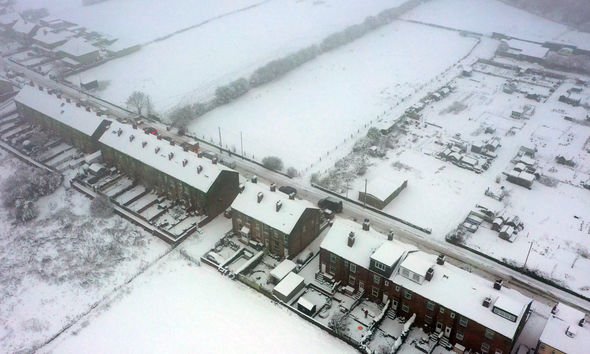 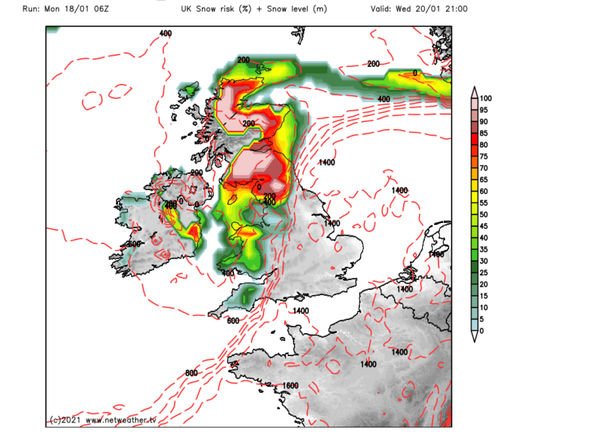 “Strong winds will develop during the early hours of Thursday morning, increasing to gale force at times which may cause blizzards over hills and mountains.

“Wet snow at low levels may lead to icing on infrastructure, such as power lines.

“Cold temperatures to follow the snow, bringing a widespread ice potential over the area.”

Maps from WXCharts show a dense area of heavy snow across Scotland, central England and the north of England on Thursday.

Parts of Wales and Northern Ireland could also see flurries.

Maps from Netweather also show snowfall across much of the UK on Wednesday and into Thursday, with nearly the entire country covered in heavy snow.

Netweather forecasters have warned conditions on Thursday will be “atrocious.” 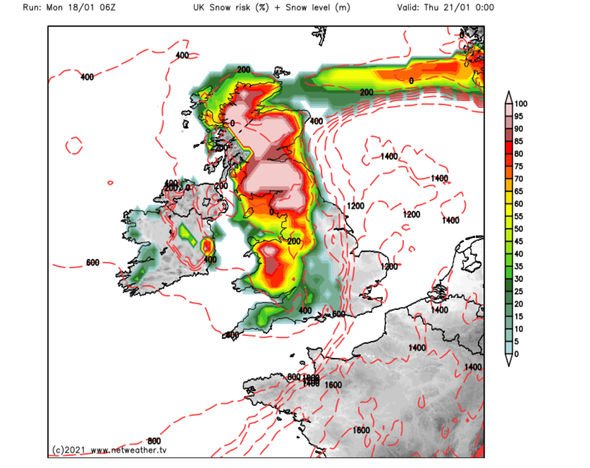 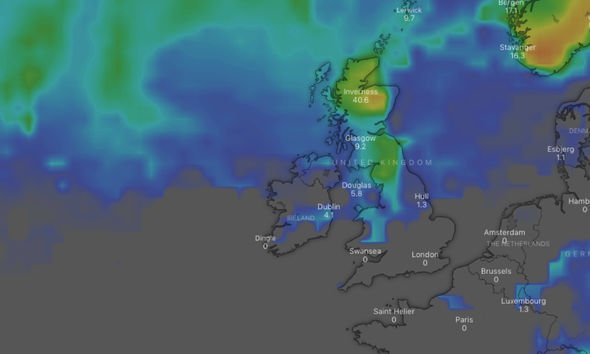 In their latest forecast they write: “By the end of Wednesday into Thursday, the weather will be atrocious.

“Already sodden ground and the low looks to keep deepening over the North Sea into Thursday afternoon.”

Snow maps from Windy show new snow accumulating across Scotland, the North of England and parts of Wales and Northern Ireland.

Showers continuing over much of Scotland – heavy and blustery in the far north. Drier to start further south but rain arriving into Wales and southwest England during the afternoon and then moving northeast.

Rain for most, heavy at times, most persistent across northern England and north Wales. Becoming windy in the south. Showers for north Scotland. Cold in north Scotland, mild further south.

Rain continuing, heavy and persistent over central parts with some snow for Northern Ireland and southern Scotland. Windy and mild in south. Colder with sunny spells and showers to north.

Outlook for Wednesday to Friday

Remaining extremely unsettled with heavy rainfall, and the potential for some snowfall and strong winds across southern and more especially central areas. Much colder in the north with wintry showers.