The Russian Federation has levelled an extraordinary threat against the EU after the bloc agreed to suspend the visa travel deal with Moscow to curb the number of Russians able to go on holiday there. Briefing by Foreign Ministry Spokeswoman Maria Zakharova stated: “I can see that the EU is now busy with a more important decision – whether or not to issue visas to Russians. But radiation doesn’t have a passport. It doesn’t need a visa to cross borders. If something happens at Zaporizhzhia, it will not be about visas, passports or borders. For some incomprehensible reason, the European Union is showing little concern about this matter. The liberal European regimes have made a lot of self-destructive and suicidal decisions. Perhaps this is another coin in the piggybank.”

The Zaporizhzhia nuclear power plant – the largest in Europe – has come under intense shelling from Russian forces, sparking fears of a nuclear disaster that would eclipse Chernobyl.

The Red Cross has warned that the consequences could be “catastrophic” and warned Russia to “stop playing with fire” as Kremlin forces attacked the nearby town of Energodar with mortars, automatic weapons and rockets. 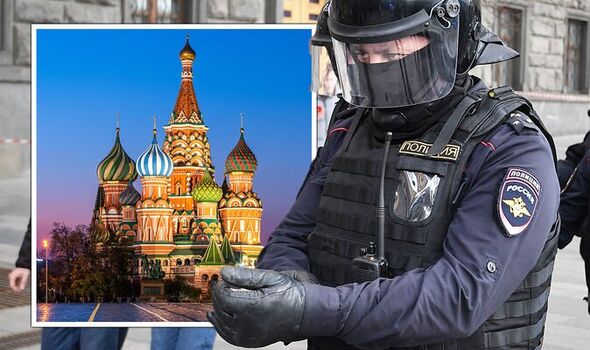 The Russian Federation sparked outrage when its nuclear threat was published to Twitter.

Many have pointed out the apparent threat of violence breaks Twitter’s guidelines and have asked for the account to be suspended.

@nickreeves9876 said: “The Russian Embassy is now threatening the EU with radiation from the Zaporizhzhia nuclear power plant. That is a threat of criminal violence against millions of people, and therefore against Twitter rules.”

Another added: “How is the russian embassy not closed in the UK yet? How emboldened are they to make threats of genocide and nuclear war crimes repeatedly?”

Good morning from London. I’m Tara Fair, I’ll be bringing you all the latest developments on the conflict between Ukraine and Russia. Please feel free to get in touch with me as I work if you have a story or tips to share! Your thoughts are always welcome.