Germany, where the Russian opposition figure is being treated, says he was poisoned by a military-grade nerve agent. 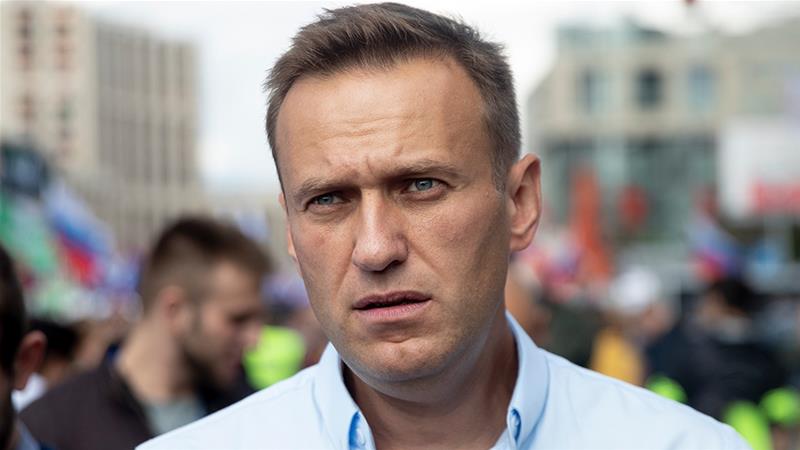 The top United Nations human rights official called on Russia on Tuesday to conduct or cooperate with a full independent investigation into Germany’s findings that opposition figure Alexey Navalny was poisoned with a military-grade nerve agent.

Navalny was removed from a medically induced coma and is responding to speech, Berlin’s Charite hospital said on Monday. It has been treating Navalny since he was airlifted to Germany after falling ill on a Russian domestic flight last month.

Navalny is the most popular and prominent opponent of President Vladimir Putin.

Moscow says it has seen no evidence he was poisoned.

“It is not good enough to simply deny he was poisoned and deny the need for a thorough, independent, impartial, and transparent investigation into this assassination attempt,” Michelle Bachelet, UN High Commissioner for Human Rights, said in a statement.

“It is incumbent on the Russian authorities to fully investigate who was responsible for this crime – a very serious crime that was committed on Russian soil.”

German Chancellor Angela Merkel said her government concluded Navalny, 44, was poisoned with Novichok, the same substance the United Kingdom said was used against Russian double agent Sergey Skripal and his daughter, both of whom survived, in an attack in England in 2018.

“The number of cases of poisoning, or other forms of targeted assassination, of current or former Russian citizens, either within Russia itself or on foreign soil, over the past two decades is profoundly disturbing,” Bachelet said.

Her spokesman, Rupert Colville, cited the Skripal case and the poisoning of Russian defector Alexander Litvinenko, who was killed in London in 2006.

“These are not materials that you can buy in a pharmacy or a farm shop or a hardware store,” Colville said of Novichok and Polonium-210, with which Litvinenko was poisoned.

Proper legal processes have not been carried out in previous incidents, resulting in “close to total impunity” in Russia, he said.

Responding to the situation, Russia’s foreign ministry said it had summoned the German ambassador to Moscow over the statements made by Berlin concerning Navalny.

Foreign ministry spokeswoman Maria Zakharova accused Germany of “bluffing” in a statement on her Facebook page.

US politicians called on President Donald Trump’s administration on Tuesday to investigate the suspected poisoning of Navalny.

“If the Russian government is once again determined to have used a chemical weapon against one of its own nationals, additional sanctions should be imposed,” House Representatives Eliot Engel and Michael McCaul said in a letter to Trump.

The White House did not immediately respond to a request for comment on the letter. Trump said on Friday his administration had not yet seen proof that Navalny was poisoned.