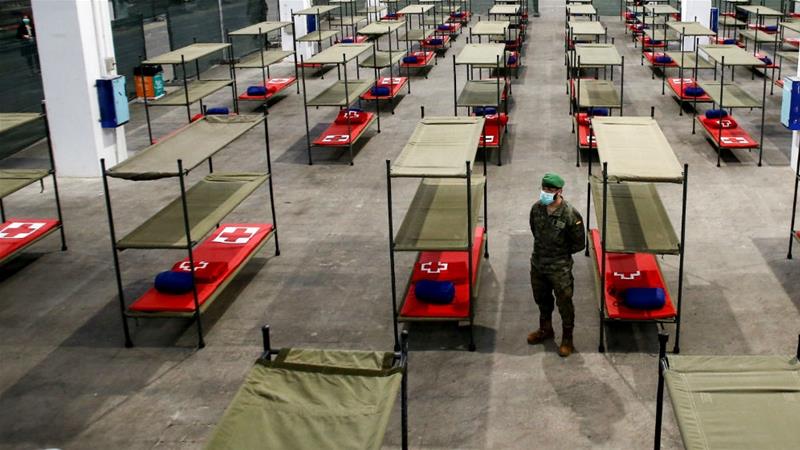 United Nations chief Antonio Guterres has launched an appeal for $2bn in international humanitarian aid to help poorer countries tackle the coronavirus pandemic, as the death toll in Italy and Spain continued to climb.

As the UN launched the initiative, more deaths were reported in Europe – now the epicentre of the pandemic – with Spain recording more than 700 fatalities in 24 hours. It is now the second-worst affected country in the world after Italy.

In the United States, meanwhile, a sweeping $2 trillion measure to aid workers, businesses, and the healthcare system finally passed the Senate after a series of hiccups stalled progress late on Wednesday. It has now gone back to the lower house for approval.

More than 471,400 people around the world have been diagnosed with COVID-19, according to data collected by Johns Hopkins University. More than 114,000 have recovered, while about 21,000 people have died.

After a series of last minuted hiccups, the US Senate has finally passed a $2 trillion package to support the health system, workers and business hurt by the coronavirus outbreak.

We’ll have more on that story shortly.

03:30 GMT – Parliament in Spain votes to extend state of emergency until April 11

Spain’s parliament has voted in favour of the government’s request to extend the state of emergency – and a nationwide lockdown – by two weeks.

The emergency was first declared on March 14 and includes strict stay-at-home rules.

More people have died in Spain from COVID-19 than any other country except for Italy.

The number of confirmed coronavirus cases in the US is nearing 70,000 with more than 1,000 people now reported to have died from COVID-19, according to AFP.

More on how each state is handling the outbreak here.

Japan’s government is preparing to set up a special headquarters on coronavirus as early as Thursday afternoon, in a move that could set the stage for declaring a state of emergency over the outbreak, the Kyodo news agency reported.

The prime minister can declare a state of emergency if the disease is seen as posing a “grave danger” to lives and if its spread threatens the economy.

02:30 GMT – Overseas arrivals to South Korea to be refused entry without app

Yonhap news agency is reporting that South Korea will deny entry to people arriving in the country from overseas if they refuse to install an app to monitor them while they are in self-isolation. 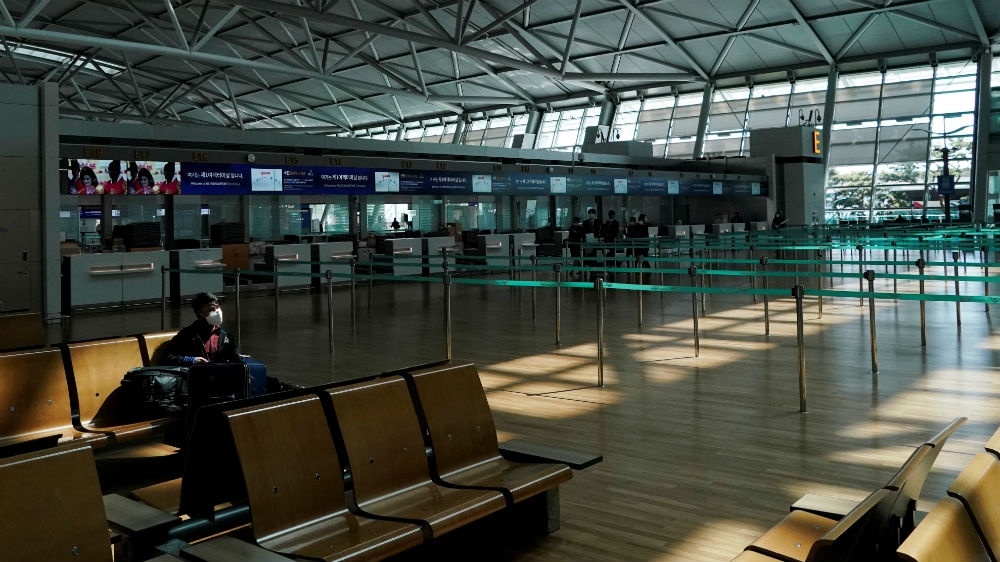 Countries around the world have advised their citizens overseas to return home as quickly as they can as lockdowns accelerate, borders are sealed off, and even transit passengers banned.

But that’s easier said than done.

01:50 GMT – Mexico to suspend all non-essential activity from Thursday

Mexico’s Deputy Health Minister Hugo Lopez-Gatell says all non-essential activities in the country will be suspended from Thursday.

Mexico has reported 475 confirmed cases of coronavirus and six deaths.

South Korea’s just given its latest update. The country confirmed 104 new cases, bringing the total to 9,241, with five more deaths.

Some 414 people were discharged from hospital after making a full recovery. In all, 4,144 people in South Korea have been cured of the virus.

Mainland China has reported a further increase in coronavirus cases – all of them in people returning to the country from overseas.

The National Health Commission reported 67 new cases as of the end of Wednesday, compared with 47 a day earlier.

No new domestically transmitted cases of the novel coronavirus disease (COVID-19) were reported on the Chinese mainland on Wednesday https://t.co/ZZLSqg8hKL pic.twitter.com/M23YwzsTYM

Reuters news agency is reporting that the administration of US President Donald Trump cut the staff of the US Centers for Disease Control and Prevention (CDC) working in China by two-thirds in the two years before the coronavirus emerged.

Most of the reductions were at the Beijing office. The CDC’s headcount in China has dropped from about 47 when Trump took office in January 2017 to about 14 now, Reuters said.

The $2 trillion economic rescue package to provide aid to American businesses, workers and healthcare systems strained by the coronavirus outbreak has run into last-minute delays in the Senate.

The measure is the largest economic relief bill in US history. More on that story here.

Read all the updates from yesterday (March 24) here.