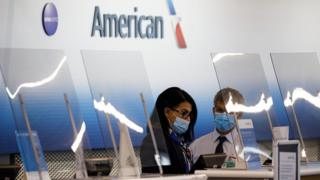 American Airlines has removed a passenger from a flight after he refused to wear a face covering in compliance with its Covid-19 safety policy.

Brandon Straka was asked to wear a face mask on Flight 1263 from New York to Dallas, Texas, on Wednesday.

When Mr Straka refused, he was asked to leave the flight, the airline said.

Mr Straka said there was no law that required him to wear a face covering on the flight.

“I was just removed from my flight for not wearing a mask. 1st time this has happened. Not a federal law,” Mr Straka tweeted from New York’s LaGuardia Airport.

I was just removed from my flight for not wearing a mask. 1st time this has happened. Not a federal law. @AmericanAir staff standing over me telling me it’s THE LAW. So much for “please respect those who can not wear a mask”. When I pointed out this wasn’t a law I was removed.

Face masks have been used to mitigate the risk of spreading coronavirus during the pandemic.

While there is no federal law mandating masks on US flights, all major US airlines have been enforcing face covering rules for passengers and crew since mid-May.

On Monday, American Airlines announced “a stronger policy for customer face coverings”. It said customers who refused to wear face coverings would not be allowed to board and could be banned from future travel.

Mr Straka is a former actor and hairstylist who has appeared as a guest on Fox News, and founded the #WalkAway Campaign, which urges people to disavow their support for the Democratic Party.

The #WalkAway website sells branded merchandise including a $20 (£16) face mask.

The conservative activist described American Airlines’ mask policy as “absolutely insane” in a video posted to Twitter, declaring, “We don’t even have a choice anymore.”

He said a flight attendant “made a mistake” by telling him “it was the law” to wear a face mask on the plane.

“When I pointed out this was not true, they said, ‘yes it is, yes it is’. Eventually they changed their story to, ‘it’s our policy and if you don’t do it you can’t fly with us’,” he said.

“I said, no-one has even asked me if I have a condition that prevents me from wearing a mask. The whole staff were standing around me, intimidating me.”

A New York Times reporter, who was on board the flight, managed to record some of the dispute on his mobile phone.

In the video, Mr Straka can he heard arguing with a flight attendant. When prompted, she asks him if he has a medical condition, then if he has paperwork to confirm this.

After a tense exchange between Mr Straka and the flight attendant, a different woman can be heard shouting: “Sir, can you put it on or get off?”

American Airlines said there are exceptions to its mask rules for children, passengers eating and drinking, and those with medical conditions.

When asked by CNN if he has a relevant medical condition, Mr Straka declined to comment, saying: “I find it difficult and prohibitive to wear a mask, yes.”

The airline told the BBC Mr Straka had agreed to “comply with our policies” and was rebooked onto a later flight.

“Our team is reviewing this incident, and we are reaching out to Mr Straka to get more information,” the airline added.

Mr Straka told US media he wore a face mask provided by the airline before boarding the second flight but took it off on the plane. 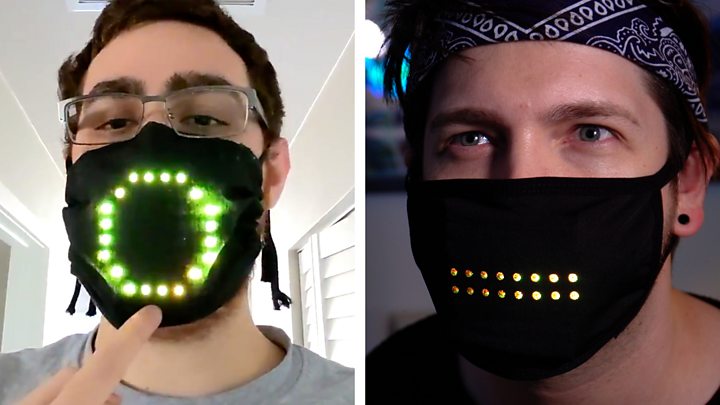