The city that never sleeps could be quarantined as the virus is now killing one resident every 17 minutes. The home to more than eight million has become the epicentre of the outbreak in the US and since its first case 28 days ago has killed 728 and infected 52,318 – nearly half the US total. Speaking at the White House, Mr Trump said he was thinking about a “short-term, two-week” quarantine. He said this would also restrict travel, because New Yorkers have been fleeing to Florida – which recorded its first death and “we don’t want that”.

Doctors in the city also warned its hospitals could collapse within the week due to a shortage of vital equipment and kit.

Dr Steve Kassapidis, of Mount Sinai Hospital in Queens, said: “Hell. Biblical. I kid you not. People come in, they get intubated, they die, the cycle repeats – 9/11 was nothing compared to this. We were open, waiting for patients to come who never came. Now they just keep coming.”

On Friday Mr Trump ordered General Motors to make ventilators as the US only has 65,000, while an estimated 960,000 people will need one at some point. 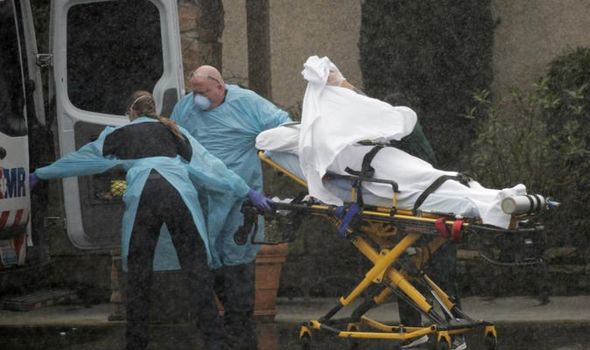 With Italians entering their fourth week of lockdown, the army was deployed to deliver coffins to cemeteries. Father Mario Carminati blessed 40 cas­ kets at St Joseph’s church in Seriate, in northern Italy.

The priest, 64, said the saddest part was many of his parishioners died alone as family were prevented from visiting them in hospital.

He added: “No one has the time or opportunity to take care of them any more so I decided to open the house of the Lord to them.” 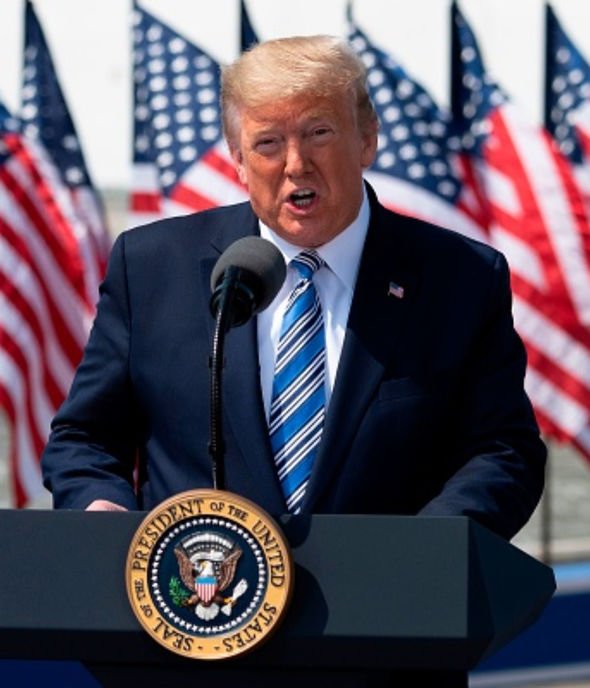 Spaniards entering their third week of lockdown were told it will last at least another fortnight as the death toll hit 5,694 over­ night with new cases 72,248. However, Fernando Simón, of the Health Minis­try, said Spain is “reaching the peak of the curve”.

In France, health chiefs warned they will run out of critical care beds this week­ end, especially in Paris. In Germany, chancellor Angela Merkel warned that the shutdown would not be eased before April 20. In a video message from her home where she is self-­ isolating, she said: “Nobody can say they know how long this difficult moment will last.” Deaths climbed 55 in day to 325 while cases jumped 6,294 to 48,582.

The Netherlands reported 93 new deaths and Switz­erland 38. Yesterday Finnish authorities policed the lock­down of the region contain­ ing the capital Helsinki. From tomorrow Russia will enter a “non-­working week” as cases soared to 1,264.

Finally, in Wuhan, China – where the pandemic started – authorities began lifting the two-­month lock­ down yesterday.