New York City’s effort to stop the spread of the coronavirus through contact tracing has been hampered by the reluctance of many people who are infected with the virus to provide information to tracers, according to a report in The New York Times.

The Times report said just 35 percent of the 5,347 city residents who tested positive or were presumed positive for COVID-19 in the first two weeks of the contact tracing program gave information about their close contacts.

Perry N Halkitis, dean of the School of Public Health at Rutgers University, called the 35 percent rate for eliciting contacts “very bad”, adding that it should be closer to 75 percent.

Dr Ted Long, head of New York City’s new Test and Trace Corps, defended the programme and said 69 percent of the people who complete an interview provide contacts. “We think that’s a strong start but we also do want to get that number up,” Long told The Associated Press news agency.

As a vote by Major League Baseball players on whether to accept the owners’ latest proposal to play the 2020 season continues to be delayed, a USA Today report surfaced that a large of positive COVID-19 tests is the main reason for the delay.

According to Nightengale, the recent uptick in COVID-19 infections will push the start of the season back to July 26 at the earliest, with spring training resuming no earlier than June 29. The owners and players had previously agreed to restart the season on July 19, according to Reuters News Agency.

Mexico has reported 5,343 new infections and 1,044 additional deaths from the coronavirus that causes COVID-19, the health ministry said, bringing the totals for the country to 180,545 cases and 21,825 deaths.

The government has said the actual number of infected people is likely significantly higher than the confirmed cases, Reuters News Agency said. 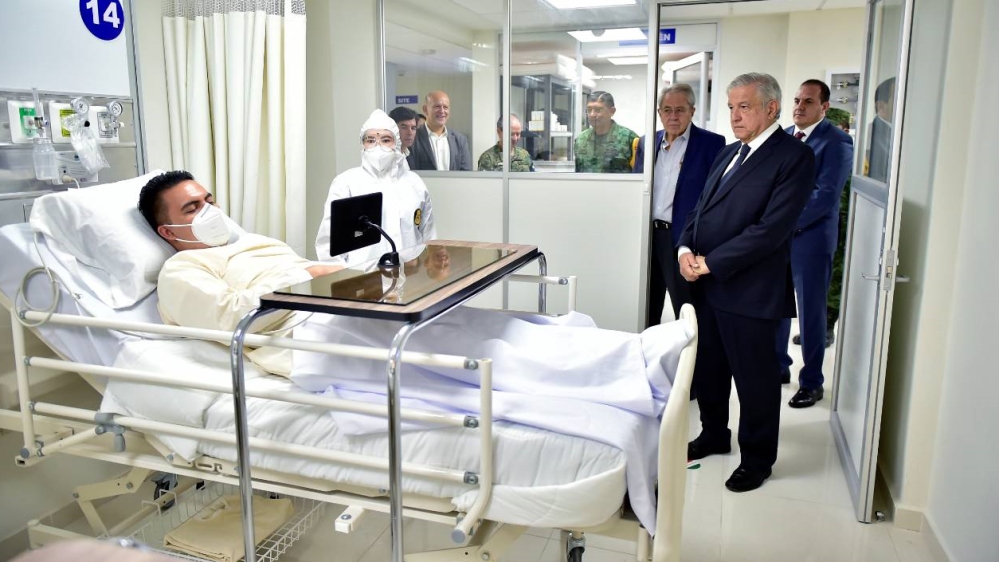 Mexico will resume sending temporary farm workers to Canada after the two countries reached a deal on improved safety protections for labourers on Canadian farms during the coronavirus pandemic, Reuters News Agency reported.

Mexico’s Foreign Ministry said in a statement that the Temporary Agricultural Workers Program (PTAT) had “entered into operation once again after a temporary pause.”

Mexico said last Tuesday it would pause sending workers to farms with coronavirus infections after at least two of its nationals died from COVID-19 after outbreaks on 17 Canadian farms.

Canadian farmers rely on 60,000 short-term foreign workers, predominantly from Latin America and the Caribbean, to plant and harvest crops.

You can find all the key developments from yesterday, June 21, here.