The Republican National Convention event was supposed to be held in Jacksonville – a city in the COVID-19 hotspot state of Florida. Mr Trump said “the timing for this event is not right”, citing what he called a “flare up” in the state.

The president claimed his team had tried to insist the event would be able to go ahead, but that he personally had argue it would put the public at risk.

The president said: “I looked at my team and I said: ‘The timing for this event is not right.’

“They said ‘sir, we can make this work very easily; we have great enthusiasm, incredible enthusiasm… We can do this safely, and we can do it responsibly.’”

“And I said ‘there’s nothing more important in our country than keeping our people safe,’ Whether that’s from the China virus or the radical left mob that you see in Portland.” 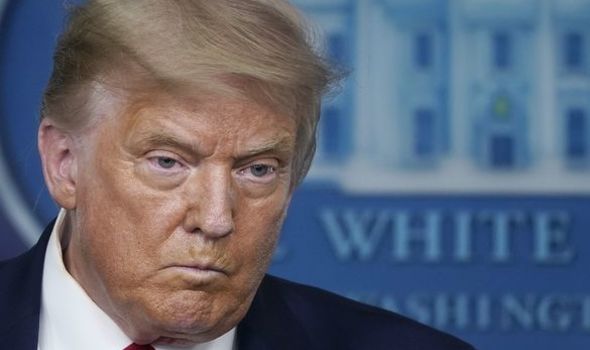 The president’s decision marks a sharp turnaround from his position at the start of June.

On June 3, Mr Trump lambasted the governor of North Carolina for being unwilling to let the Republican party hold its national convention there.

He accused governor Roy Cooper of being “still in Shelter-In-Place Mode and not allowing us to occupy the arena as originally anticipated and promised.”

Indeed, observers have noted Mr Trump appears to have made a drastic shift towards public safety in recent weeks as multiple US states experience a surge in coronavirus cases. 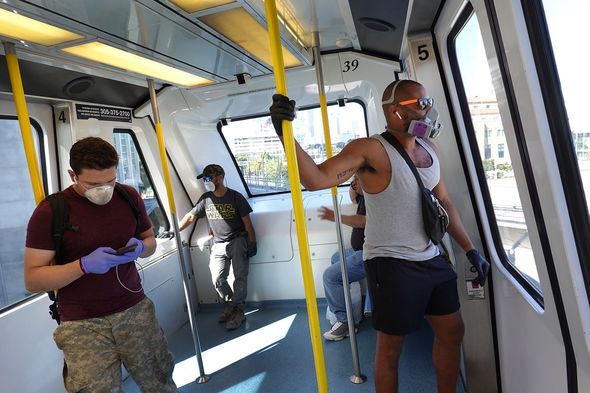 The president has only recently started pushing for the use of face masks, having been seen wearing one himself months after the US Centers for Disease Control and Prevention issued its recommendation to do so.

Mr Trump claimed “thousands of people” wanted to be at the Jacksonville RNC convention, “in some cases desperately.”

But he added: “To have a big convention, it’s just not the right time.”

Mr Trump said the party would substitute the physical event with online events and ‘tele-rallies’ instead. 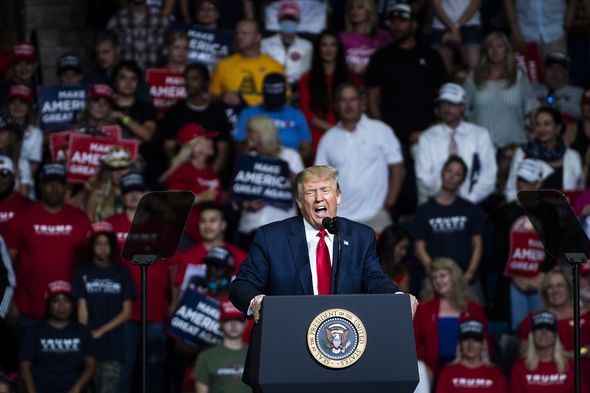 He said: “I’ll still do a convention speech in a different form. But we won’t do a big, crowded convention per se. It’s just not the right time for that.”

The president has been keen to hold a convention full of cheering crowds to give his presidential campaign a boost ahead of the US presidential election in November, according to CNBC.

Indeed, one of Mr Trump’s sons Eric Trump said in an interview with Fox News in May that his father’s “greatest tool” is “being able to go into an arena and fill it with 50,000 people every single time.” 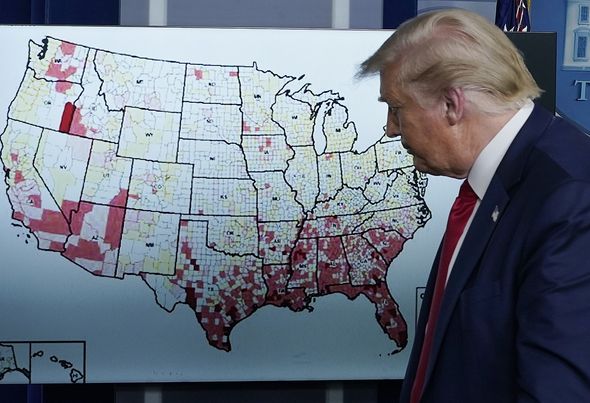 But Mr Trump has so far held only one campaign rally since the coronavirus pandemic hit the US, and national polls are showing he is lagging behind Democrat opponent Joe Biden in popularity.

Florida has reported a total of 389,868 cases of coronavirus with 10,239 new daily cases, according to the most recent figures from the state’s Department of Health.

By contrast, there were 3,286 daily cases on June 23 – a month prior – according to the latest figures.