Home » World News » US: Gunman at the door kills son of US judge, injures husband

Authorities say the attack on the home of Judge Salas, who has presided on high-profile cases, is being investigated. 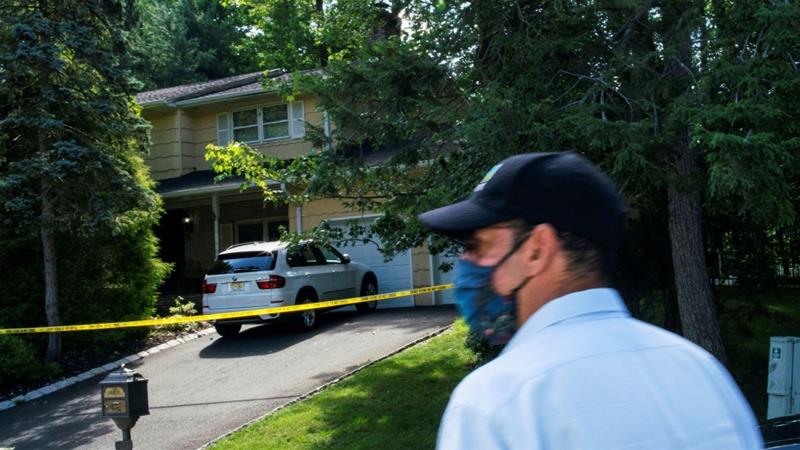 The FBI said it was looking for one suspect after a gunman posing as a delivery person shot and killed the 20-year-old son of a United States federal judge – who has presided over cases involving Deutsche Bank and financier Jeffery Epstein – and wounded her husband at their New Jersey home before fleeing, according to judiciary officials.

Her husband, defence lawyer Mark Anderl, was injured in the attack, Wolfson said.

Salas was in the basement at the time and was not injured, according to a judiciary official who was not authorised to comment and spoke anonymously to the AP.

The perpetrator, believed to be a lone gunman posing as a FedEx delivery person, was not in custody, the official said. The US Marshals and the FBI said in a series of tweets that they are looking for one suspect in the shootings.

Investigators are examining a possible connection between the shooting and the body of a man found dead Monday from an apparent self-inflicted gunshot wound in Sullivan County, New York, a law enforcement official said.

The man, an attorney from New York City, is being investigated in connection with the shooting, the law enforcement official and a judiciary official told the AP. The man had appeared before the judge in the past, the officials said.

The officials could not discuss an ongoing investigation publicly and spoke to the AP on condition of anonymity.

Steven Nevel, a spokesman for the New York State police, confirmed an investigation of a death in the county but declined to provide further details.

Daniel Anderl, a college student, was the judge’s only child, the official said.

Salas, seated in Newark, was nominated by President Barack Obama and confirmed in 2011. Prior to that, she served as a US Magistrate Judge in New Jersey, after working as an assistant public defender for several years.

Asked if officials thought the shooting was linked to the judge’s work or the current climate of political unrest, Wolfson said, “We really have no idea.”

Her highest-profile case in recent years was the financial fraud case involving husband-and-wife “Real Housewives of New Jersey” reality TV stars Teresa and Joe Giudice, whom Salas sentenced to prison for crimes including bankruptcy fraud and tax evasion. Salas staggered their sentences so that one of them could be available to take care of their four children.

In 2017, she barred federal prosecutors from seeking the death penalty against an alleged gang leader charged in several Newark slayings, ruling the man’s intellectual disability made him ineligible for capital punishment. Salas later sentenced the man to 45 years in prison.

More recently, Salas has presided over an ongoing lawsuit brought by Deutsche Bank investors who claim the company made false and misleading statements about its anti-money laundering policies and failed to monitor “high-risk” customers including convicted sex offender Jeffrey Epstein.

Please keep Judge Esther Salas and her family in your thoughts and prayers. I was a federal prosecutor in Newark when she was a federal public defender, and she was a highly respected and beloved member of the bar before taking the bench. https://t.co/CoGj3TCU55

Democratic New Jersey Senator Bob Menendez, who backed Salas’s nomination to the federal bench, said in a statement Sunday night, “My prayers are with Judge Salas and her family, and that those responsible for this horrendous act are swiftly apprehended and brought to justice.”

In an emailed statement, Democratic New Jersey Governor Phil Murphy called the shooting “a senseless act” and said, “This tragedy is our latest reminder that gun violence remains a crisis in our country and that our work to make every community safer isn’t done.”