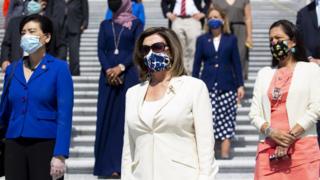 The US House of Representatives has passed a sweeping police reform bill that currently has little prospect of becoming law amid partisan gridlock.

The Democratic-controlled chamber voted 236-181 for the measure mainly along party lines on Thursday night.

But US President Donald Trump has threatened to veto the measure.

And his fellow Republicans in the Senate are proposing their own, less far-reaching bill.

What’s in the Democratic House bill?

The George Floyd Justice in Policing Act was passed exactly a month after the Minneapolis, Minnesota, man’s death – at warp speed for a usually deliberative and ponderous legislative body.

But Senate Republicans have refused to take up the House version, arguing it is an overreach that would undermine law enforcement.

Is there scope for compromise?

Both the Republican and Democratic proposals would curtail police chokeholds, introduce new training procedures, seek to expand the use of body cameras and create a national registry for officers accused of misconduct.

However, Democrats say the Republican bill will not protect black Americans, arguing that it relies on data collection and financial incentives for state and local police departments to adopt reforms on their own. 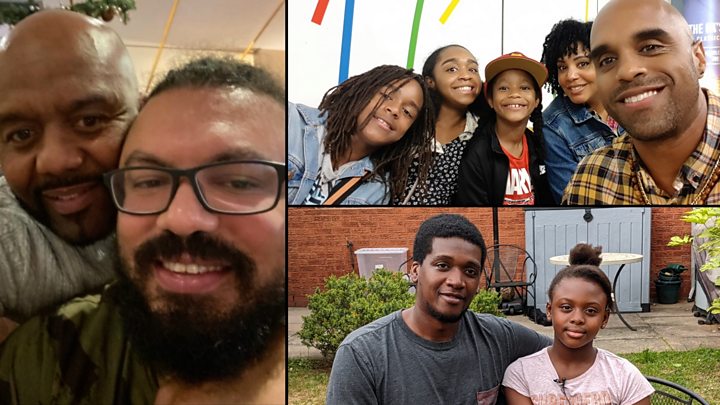 On Wednesday, Senate Democrats denied Republicans the votes needed to open floor debate on their legislation.

President Trump said: “If nothing happens with it, it’s one of those things. We have different philosophies.”

Neither bill would defund the police, and divert that spending to other community services, as called for by Black Lives Matter activists.

What are Democrats and Republicans saying?

House Speaker Nancy Pelosi gathered with members of the Congressional Black Caucus on the Capitol steps on Thursday and said: “Exactly one month ago, George Floyd spoke his final words – ‘I can’t breathe’ – and changed the course of history.”

Hakeem Jeffries, a New York Democrat, said: “Here in America, every black mother and every black father has to have the talk with their child about what to do when approached by police.

But Debbie Lesko, an Arizona Republican, said: “All lives matter.” 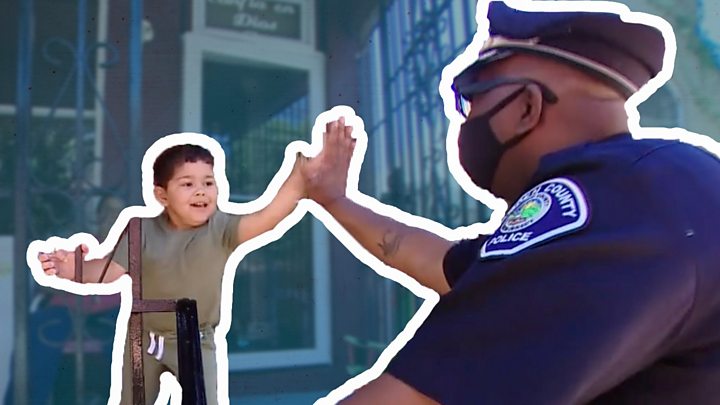 And Glenn Grothman, a Wisconsin Republican, was quoted by the Washington Post as saying of Democrats: “They don’t want to talk about it when white people are killed.”

“There will be blood on the Democrats’ hands,” Mr Scott of South Carolina told Fox News, if more black Americans died because of congressional inaction.

Earlier this week, Mrs Pelosi infuriated Republicans by accusing them of “trying to get away with murder, actually. The murder of George Floyd.”