WARSAW (Reuters) – Marcin Stasko did not hesitate to vote for the candidate of the small far-right Confederation party in the first round of Poland’s presidential election last month, attracted in part by his promise to cut taxes.

But Stasko, a 50-year-old labour inspector, faces a harder decision in Sunday’s runoff, when he must choose between the incumbent, Andrzej Duda, a social conservative with a left-leaning economic agenda, and the pro-European mayor of Warsaw, Rafal Trzaskowski, who favours a more market-based economy.

“I am a devout person, and I make my life choices based on that,” said Stasko, a father of three, a standpoint likely to lead him in the end to back the staunchly Catholic Duda.

Many supporters of the Confederation, a motley grouping of free market liberals, fringe anti-Semites and ultra-conservative anti-feminists, are unhappy with the generous welfare programmes of the ruling Law and Justice (PiS) party, which supports Duda.

But they also share Duda’s belief that Poland is under attack from a liberal West that wants to destroy the nation’s traditional Catholic identity and force it to embrace “alien” ideas such as LGBT rights.

“Trzaskowski is an enemy of what it means to be Polish, which is tradition, the nation, Christianity … He supports the attack on our civilisation,” Stasko said. “What I disagree with is the socialism, the communism of PiS.”

Such right-wing voters may hold the key to whether Duda can secure a second five-year term in what has become a tight race. A Duda win would help PiS to press on with reforms of the judiciary that the European Union says erode the rule of law and democratic standards in the country of 38 million people.

The Confederation won 6.81% of votes in a parliamentary election last October, one of the best results of any far-right group in Poland since the 1989 end of communism, riding a wave of anger against the establishment among the young.

It believes Poland should leave the EU, although its presidential candidate, Krzysztof Bosak, 38, acknowledges timing might not be right, with a majority of Poles supporting membership.

It wants to further restrict access to abortion in Poland, already among the most limited in Europe, and to cut the number of economic migrants from neighbouring Ukraine.

At the entrance of Bosak’s office in Warsaw, posters advertise the All-Poland Youth, a far-right movement with roots in a 1930s organisation that called for an economic boycott of Jews in Poland. Bosak rejects any accusations of anti-Semitism.

Bosak, who won nearly 7% in the June 28 round, has avoided telling his supporters whom to back in Sunday’s runoff.

“I don’t want any of our voters to feel overlooked or pigeonholed,” he told Reuters. “We ask our voters to follow their… conscience, and we know they are reaching different conclusions.”

Anna Materska-Sosnowska, a political scientist, believes a third of Bosak’s electorate will support Duda and another third will vote for Trzaskowski.

“Another third might not vote at all,” she added. 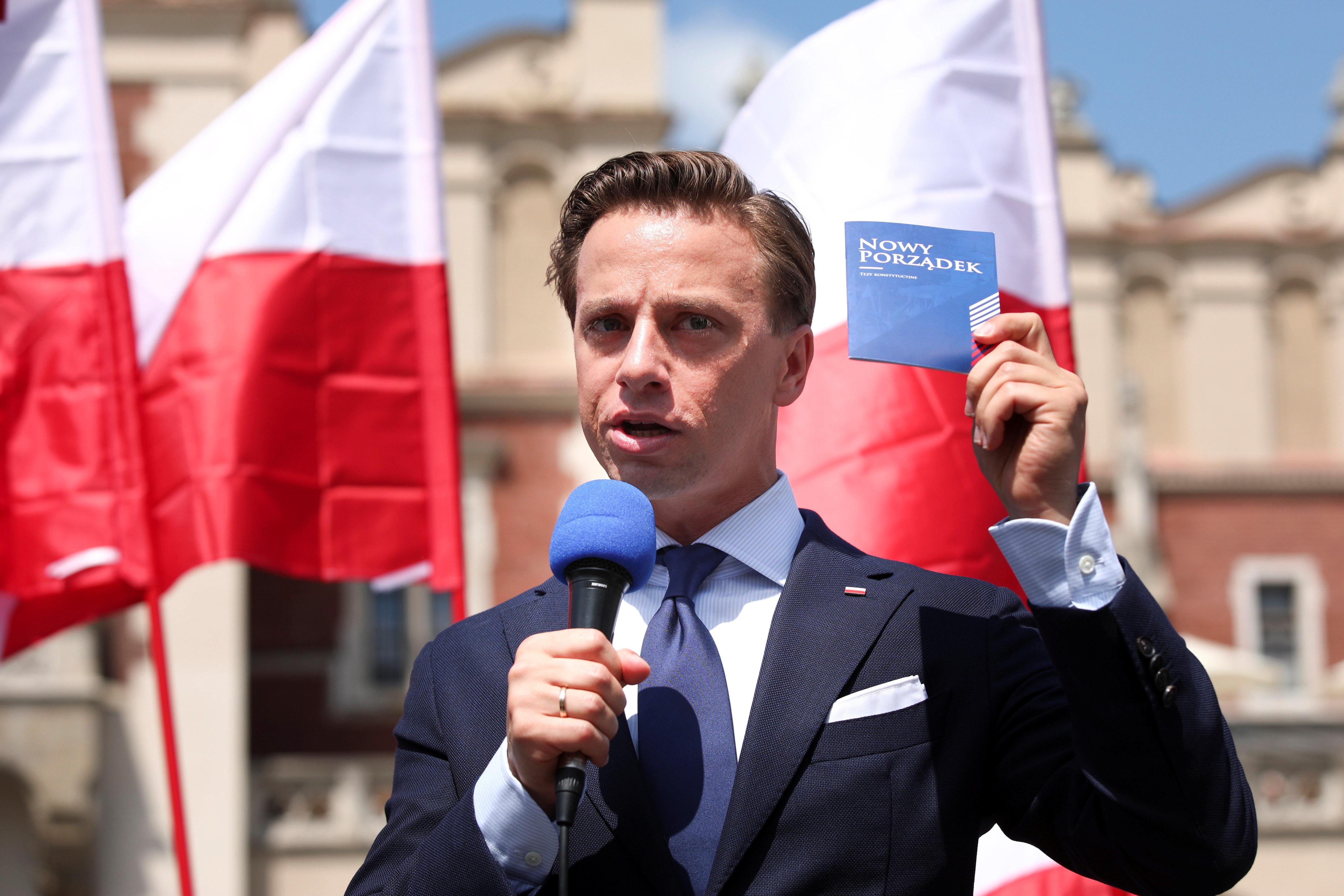 Konrad Korf, a 27-year-old computer programmer from Gdansk, a traditionally liberal city on the Baltic coast, plans to vote for Trzaskowski, after favouring Bosak last month, because of his demands for less state involvement in the economy.

Trzaskowski has said he supports the government’s welfare programmes but has pledged to veto any increases in taxes if elected president.

“Economic freedom is what’s most important to me,” Korf said.