Some 1,800 photos of masks, signs and other objects have been received by the Vienna Museum. 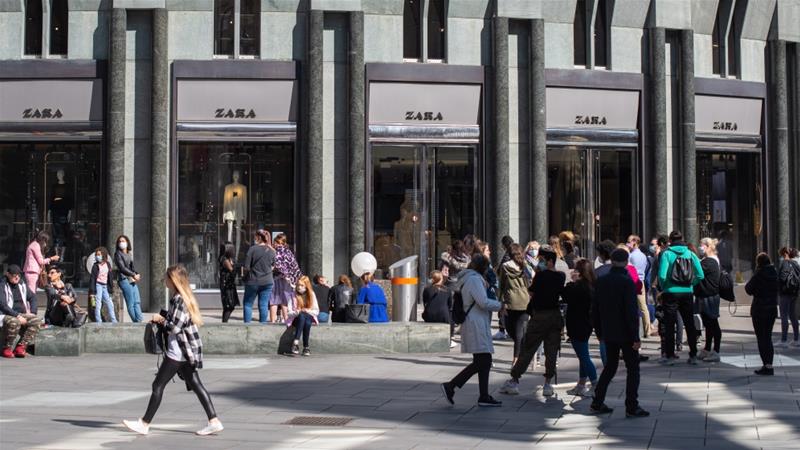 An appeal to submit photos of everyday objects to document the coronavirus pandemic for future generations has drawn hundreds of submissions, Vienna’s museum of city history said on Tuesday.

Some 1,800 photos of masks, signs and other objects have been received since the Vienna Museum (Wien Museum) launched its appeal on March 25, spokeswoman Konstanze Schaefer said.

“We want to see how we tell our children, or our children’s children, what happened in Vienna because of course this is a big moment for all of us,” Schaefer told AFP news agency.

“We must call for this now … A lot of the projects that came into existence in the beginning [of the crisis], such as neighbourhood aid initiatives, don’t exist anymore,” she said.

Some 200 photos of submissions received have been put up on the museum’s website.

They include a photo of a discarded blue rubber glove, a police signboard that urges one-metre (three feet) social distancing and a mobile phone screen showing a call with the coronavirus hotline number of more than one hour and 28 minutes.

The museum will continue to accept submissions “as long as corona exists”, Schaefer said.

Those objects eventually chosen to become part of the collection will be picked up from their owners and put into storage – but any exhibition could be years from now, to allow time to step back from the crisis, according to Schaefer.

Other museums in Austria and in neighbouring Germany have started similar initiatives to try to document the crisis for future generations, Schaefer added.

The Alpine nation of almost nine million people has so far been spared the brunt of the health crisis, with just under 15,600 reported infections and 606 deaths.

Austria’s first loosening of its coronavirus lockdown three weeks ago, in which thousands of shops reopened, has not led to a new spike in infections, though further vigilance is necessary, its health minister said on Tuesday.