The European Commission President was accused of meddling in a national election after appearing in a video for the ruling Croatian Democratic Union that was posted online at the weekend. Her chief spokesman yesterday claimed that “mistakes” were made, including the use of the Commission’s Berlaymont headquarters and EU flag as the backdrop, while recording the clip, which was meant to be in a “personal capacity”. “Mistakes were made and the important thing is to make sure that such mistakes are not repeated,” the spokesman said.

And now campaigners the Good Lobby have lodged an official complaint to the European Ombudesman against Mrs von der Leyen for interfering in Croatia’s national election.

The group, fronted by EU law specialist Alberto Alemanno, claimed the Commission chief was in “full breach of the Code of Conduct of EU Commissioners”.

They complain that Mrs von der Leyen’s political statement is in “full breach of Article 9.3 of the Code of Conduct”. 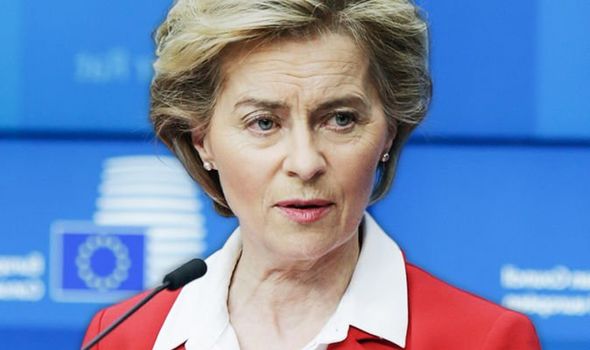 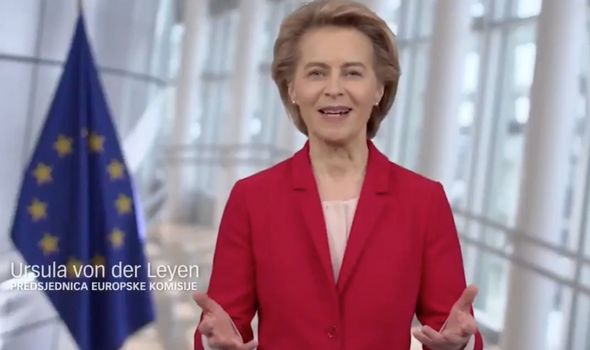 “The political endorsement to HDZ by Ursula von der Leyen does not qualify as ‘personal opinion’ within the meaning of Article 9.3,” they added.

“Suffice is to notice that it was recorded and delivered from Ursula von der Leyen’s office, in the Berlaymont building, by using the institutional title, as well as the setting transitionally employed by the EU Commission President in her public addresses to EU citizens.”

A complaint was also lodged against Croatia’s EU commissioner Dubravka Suica who also appeared in the video in front of an EU flag. 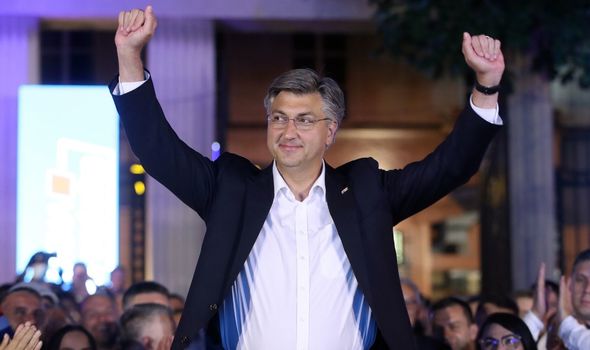 Writing on Twitter, Mr Alemanno said: “This infelicitous and unprecedented von der Leyen episode unveils the structural limits of the recently reformed EU Commission oversight system designed to ensure the respect of Code of Code but entirely left to the sole will of the Commission President.

“Von der Leyen’s Croatian move is set to contribute to build a case for the creation of an independent EU ethics body, what she originally promised when entering office in 2019.

“The tension between a wanna-be political Commission and the realities of a EU Commission tasked to ensure the application of EU law is – once more – under the spotlight and remains unresolved.”

The European Ombudsman confirmed they had received Mr Alemanno’s complaint.

They will now review the submission to establish whether it fits the criteria for a full investigation, a spokeswoman said.

A decision is likely to be made next week.

Croatia’s HDZ are members of the centre-right, pan-EU European People’s Party, of whom Mrs von der Leyen is a member.

HDZ secured their biggest electoral success in the Sunday ballot but must still now and attempt to form a coalition government.