In footage released on social media, a barrage of strikes can be seen from the drone-mounted camera as it hovers above the Russian target. The tank is hit several times as it sits immobilised on a dirt pathway, before it bursts into flames and smoke billows from what remains of the vehicle. The successful strike comes as Ukraine prepares to celebrate 31 years of independence from Soviet rule, with President Volodymyr Zelensky warning that Russia could do something “particularly ugly and vicious” to compromise the festivities.

It took a dozen munitions to destroy the tank, with the footage detailing each drop.

It comes as Mr Zelensky urged vigilance ahead of Wednesday’s celebrations of 31 years of Ukraine’s independence from Soviet rule, as shells rained down near Europe’s biggest nuclear plant and Russian forces struck in the south and east.

Ukrainians must not allow Moscow to “spread despondency and fear” ahead of the August 24 events, which also mark six months since Russia began its full-scale invasion of Ukraine, Mr Zelensky said in his nightly video address on Saturday. 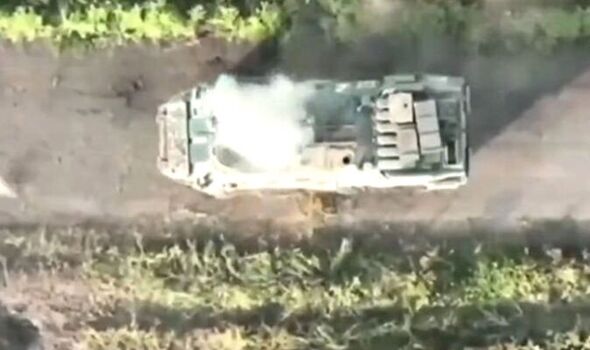 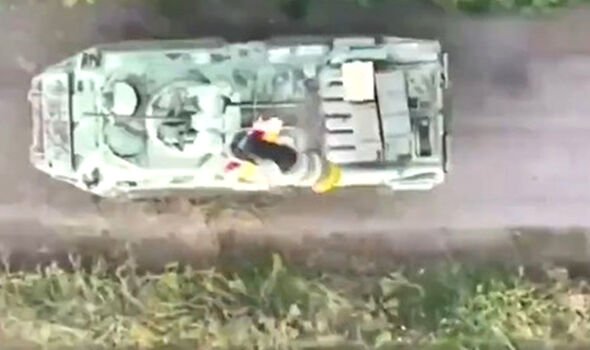 The nightly curfew in Ukraine’s second-largest city, Kharkiv, regularly hit by Russian shelling, will be extended for the entire day on Wednesday, regional Governor Oleh Synehub told residents on the Telegram messaging app.

As the war that has killed thousands and forced millions to flee heads for its half-year mark, Ukrainian military and local officials reported more Russian strikes overnight on targets in the east and south of the country.

Ukraine’s general staff said on Facebook early on Sunday that over the past 24 hours Russian forces had conducted several attempted assaults in Donbas. The eastern border region controlled in part by pro-Moscow separatists has been a prime target of Russia’s campaign in the past months.

In the south, Russian forces conducted a successful assault on a village of Blahodatne at the border between Kherson and Mykolaiv regions. The city of Mykolaiv was hit with multiple S-300 missiles early on Sunday, regional governor Vitaliy Kim said on Telegram. 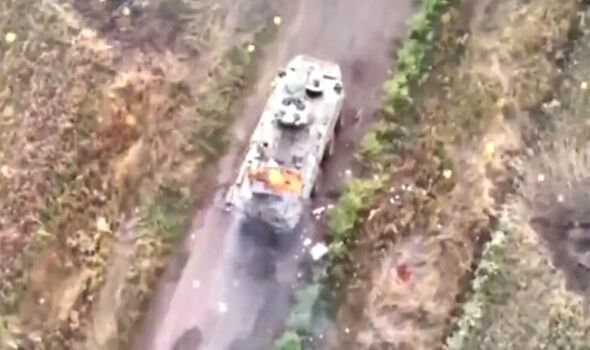 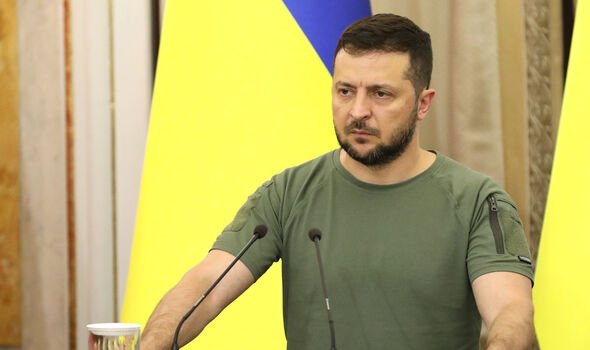 To the northeast, the city of Nikopol, which lies across the Dnipro river from Zaporizhzhia, Europe’s biggest nuclear plant, was shelled on five different occasions overnight, regional governor Valentyn Reznichenko wrote on Telegram.

He said 25 artillery shells hit the city, causing a fire at an industrial premises and cutting power to 3,000 residents.

The fighting near the Russian-controlled plant and Saturday’s missile strike at the southern Ukrainian town of Voznesensk, not far from the country’s second-largest nuclear plant, revived fears of a nuclear accident.

The attack on Voznesensk was “another act of Russian nuclear terrorism”, state-run Energoatom, which manages Ukraine’s four nuclear energy generators, said in a statement. 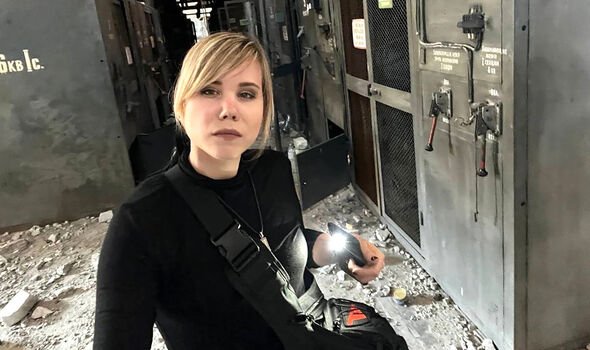 Meanwhile, in Russia, the daughter of an ultra-nationalist Russian ideologue who advocates Russia absorbing Ukraine was killed in a suspected car bomb attack outside Moscow on Saturday evening, Russian state investigators said on Sunday.

They said Darya Dugina, daughter of prominent ideologue Alexander Dugin, was killed after a suspected explosive device detonated on the Toyota Land Cruiser she was travelling in.

They said they were considering “all versions” when it came to working out who was responsible.

Russia’s TASS state news agency quoted Andrei Krasnov, someone who knew Dugina, as saying the vehicle belonged to her father and that he was probably the intended target.

The father and daughter had been attending a festival outside Moscow and Dugin had decided to switch cars at the last minute, Russian government newspaper Rossiyskaya Gazeta reported.