Home » World News » 'We are at war' says Spain of its coronavirus efforts, seeking extended state of emergency

MADRID (Reuters) – The Spanish government sought on Sunday to extend until April 11 a state of emergency that it has imposed to try to control Europe’s second-worst outbreak of coronavirus. 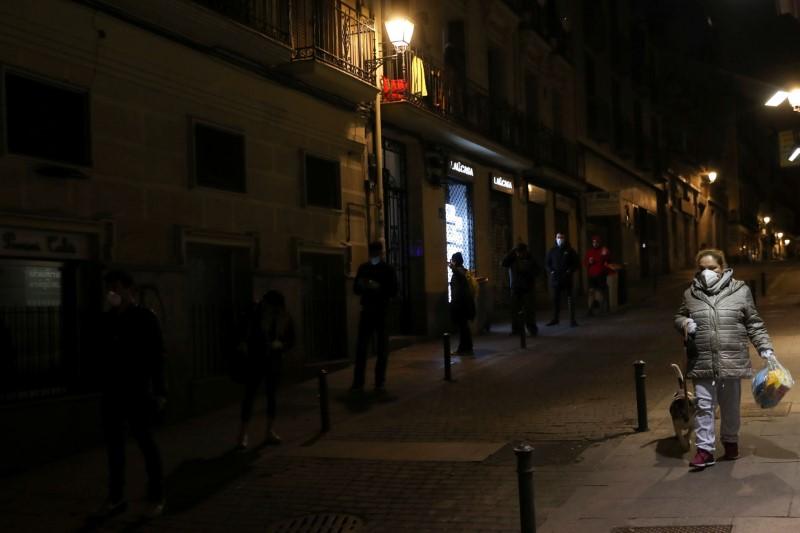 “We are at war,” Prime Minister Pedro Sanchez told a news briefing, a day after warning that “the worst is yet to come” in the coronavirus outbreak. [nL8N2BE0WZ]

He said the military would have a larger role in the pandemic’s response and called for more economic help from the European Union.

The nationwide state of emergency, announced on March 14 and intended to last 15 days, bars people from all but essential outings.

An extension would need to be approved by parliament but that is guaranteed after the main opposition party, the conservative People’s Party, said it would support it, giving enough votes to Sanchez’s Socialist Party and its far-left government coalition partner Unidas Podemos.

Sanchez said he hoped all parties would support the extension. It would be the first time in Spain’s four-decade democracy that a state of emergency would be prolonged. [nL8N2BF0EM]

Parliament has a scheduled plenary session on Wednesday.

Sanchez praised Spaniards’ commitment to home confinement, and defended the need to extend the state of emergency, saying, “We hope that with this so drastic, dramatic and hard measure … we can bend the coronavirus’ curve”.

Officials cautiously highlighted that the number of new daily registered cases had dropped by 26% from Saturday to Sunday.

“The general trend towards stabilization can give some hope but we need to be very cautious,” said Fernando Simon, head of Spain’s health emergency committee, at an earlier briefing.

The death rate from the illness is around 6% in Spain, said Simon, but he suggested the rate is actually lower because the number of cases of infection is in fact likely higher than those recorded.

Authorities aim to have a more realistic picture in the coming days as they start distributing hundreds of thousands of fast testing devices. Priority for those tests will be given to the regions most hit by the pandemic, hospitals and health personnel, Simon added.

The government also announced that – starting at midnight – it will restrict entry for most foreigners at air and sea ports for the next 30 days. European Union leaders agreed to close the bloc’s external borders for the same period. [nL8N2BF0OE]

Sanchez said the European Union “can do and must do more” to help deal with coronavirus’ devastating economic impact. Spain has one of the developed world’s highest unemployment rates. [nL8N2BF0NV]

He called for a grand public investment programme and for the issuance of pan-European bonds to help member countries respond to the pandemic.