Hordes of locusts have overrun areas in India and Pakistan over recent weeks with the latest footage showing large groups of the pests descend on Indian city Jaipur. The influx of the pests and the havoc of the coronavirus disease has sparked fears of the end of the world. On Monday, the swarms of locusts descended on Jaipur, a city of an estimated three million people, with many documenting the unbelievable footage and posting it to social media.

One stunned local posted a video of the swarm with the hashtag: “LocustAttack in Jaipur.

She added: “We are doomed, food shortage incoming.”

Another added: “Locust attack in Jaipur. 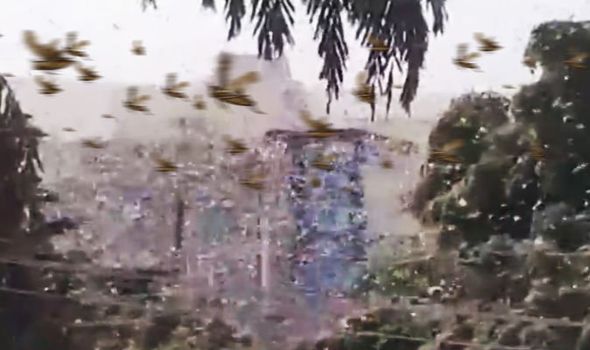 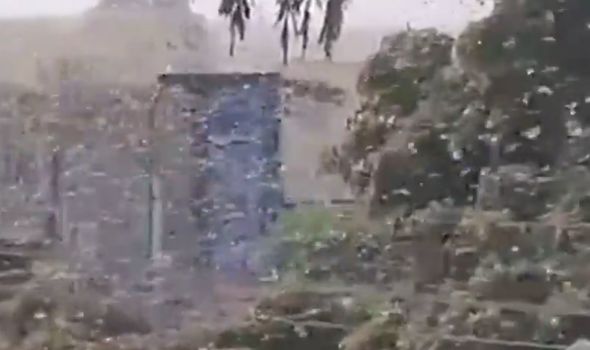 Others drew a comparison between this plague and that of the bible.

The Twitter user sarcastically wrote: “A swarm of locusts was one of the biblical plagues right?

“So we are in the apocalypse, right now?”

While another simply added: “This is the beginning of the end.” 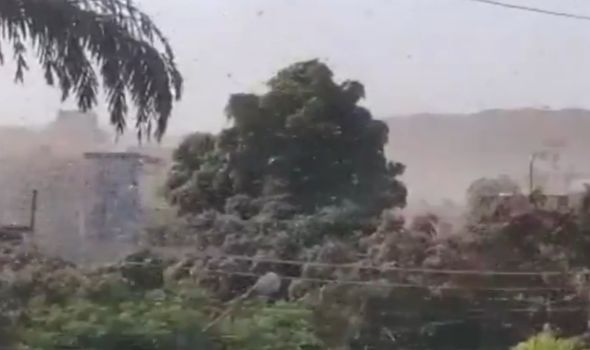 The rapid infestation of locusts has lead many to fear for their food security.

Senior locust forecasting officer at the UN’s Food and Agriculture Organisation warned the impact there could be long term complications from the swarms across the globe.

He said: “The current locust outbreak is the biggest in 25 years in Ethiopia and Somalia, 26 years in India and 70 years in Kenya.” 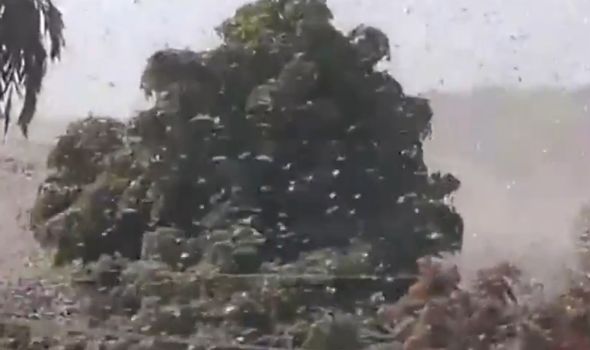 Climate scientist at the Indian Institute of Tropical Meteorology also explained how climate change played a key role in the severity of the swarms.

He said: “The outbreak started after heavy amounts of rains over east Africa and the Arabian Peninsula.

“Heavy rain triggers the growth of vegetation in arid areas where desert locusts can then grow and breed.

“On top of that, the rising temperature due to global warming made the Western Indian Ocean particularly warm.”