The past week has seen a mixture of miserable showers and thunderstorms and the odd glimpse of sunshine. But low pressure will blast hot air from the continent sweep across the UK this week, as temperatures will rocket to 30C by the end of the week. The Met Office said in its lastest forecast that early next week it will stay unsettled across north-western parts of the UK.

It will be warm and dry in other parts with temperatures continuing to rise through the week, with charts from Net Weather showing London hitting 30C on Thursday.

Deputy Chief Meteorologist, Martin Young, said: “By the middle of next week we’ll see temperatures across much of England and Wales widely climbing into the mid to high twenties Celsius and it will probably be hot in parts of southern and eastern England, as temperatures peak close to 30 Celsius.

“It’s possible Northern Ireland and Scotland will join the rest of the country in seeing a spell of warmer weather later next week, as this hot air from the continent extends northwards across the UK.

Martin continued: “We’re keeping a close eye on the possibility of severe thunderstorms developing later next week too, triggered by the warm continental air.” 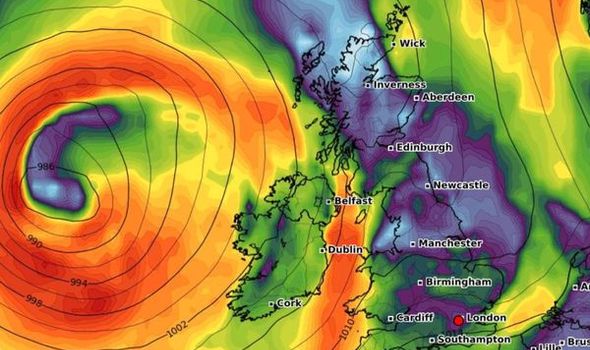 He said: “it’ll be another bright day for most on Sunday with sunny spells and scattered showers, these turning heavy across Northern Ireland and Scotland.”