The hashtags #DeleteFacebook and #BoycottZuckerberg are trending on Twitter today.

This comes after Facebook decided to block the sharing of Australian news, preventing the public from accessing information on government health, emergency service sites, charities and small businesses.

Furious Australians are now deleting their Facebook profiles and asking their friends to do the same.

Former Deputy Mayor of Maribyrnog, Victoria, Megan Bridger-Darling, deleted her Facebook account on Thursday and told followers that they could find her on “Twitter, email, phone, and occasionally the news.”

“I choose reliable news sources over a platform that benefits and enables anti-vaxxers, klan members, doxxers, fear-mongerers, and extremists to peddle their messages entirely unopposed.” 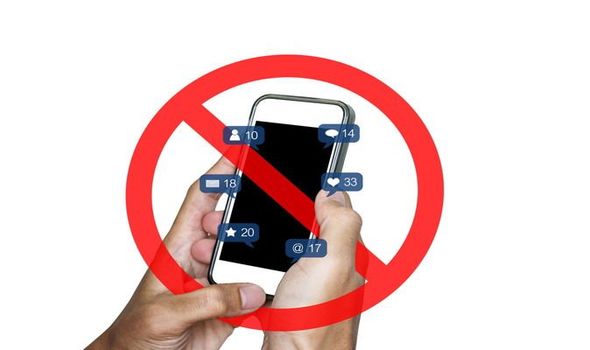 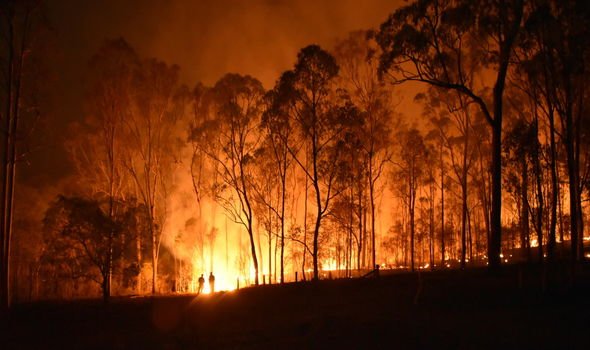 Facebook’s actions are a response to a proposed Australian law which would make tech giants pay for news content on their platforms.

Today, the Facebook pages of all local and global Australian news sites were unavailable for people to access in Australia and around the world.

One Twitter user wrote: “So Facebook has decided that bushfire warning notifications for people who are potentially in direct harm shouldn’t be alerted to them because the platform won’t make a cent for them is the right way forward then?” 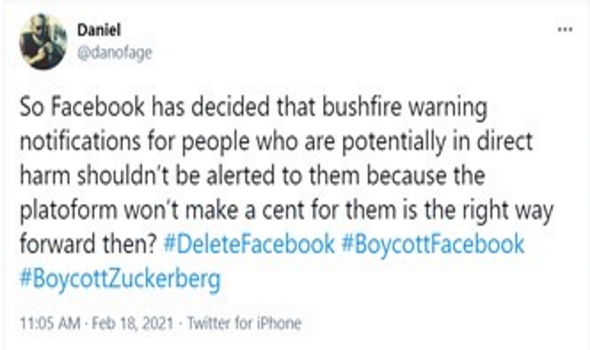 Another said: “Facebook has turned off all Australian publishers because they object to laws being passed by a democratic government. It’s time to send Mark Zuckerberg a message #deletefacebook.”

Facebook are fighting Australia’s new law because they say it does not reflect how the internet works, and unfairly ‘penalises’ their platforms.

A Facebook spokesperson said: “The actions we are taking are focused on restricting publishers and people in Australia from sharing or viewing Australian and international news content.

“As the law does not provide clear guidance on the definition of news content, we have taken a broad definition in order to respect the law as drafted

“However, we will reverse any Pages that are inadvertently impacted.”

A 2020 University of Canberra study found 21 percent of Australians use social media as their primary news source, while 39 percent of the population uses Facebook to receive news. 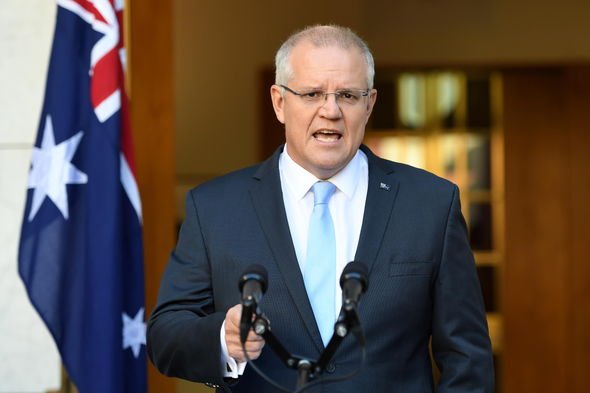 In 2019, Facebook was Australia’s most popular social media platform, used by over 17.1 million Australians in a four week period, according to research by Roy Morgan.

“I am in regular contact with the leaders of the other nations on these issues. We simply won’t be intimated.”

Instead, Mr Morrison urged Facebook to work constructively with the government, “as Google recently demonstrated in good faith”.