And Brian Nelson believes the Royal Navy should now be involved at the end of a weekend in which at least 151 migrants managed to reach the UK, with estimates suggesting more than 4,000 have done so since the start of the year. Britain’s immigration minister Chris Philp is scheduled to travel to France tomorrow for a showdown on the issue, while several coastal MPs have also demanded action.

Leisure sailor Mr Nelson previously spoke to Express.co.uk about an incident in which he reported seeing a dinghy containing between 10 and 15 people being launched from Boulogne on the weekend on July 18-19.

It was later revealed more than 200 migrants had made it across in several boats, triggering a Dover Coastguard rescue operation which even involved the user of a helicopter.

During his visit, Mr Philp will discuss a plan whereby Royal Navy and Border Force vessels will pick up the migrants and their dinghies and return them to Dunkirk in northern France. 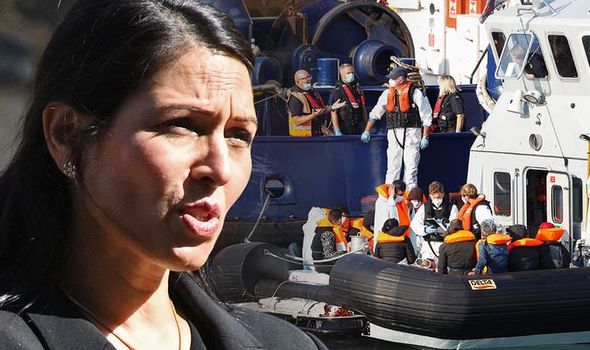 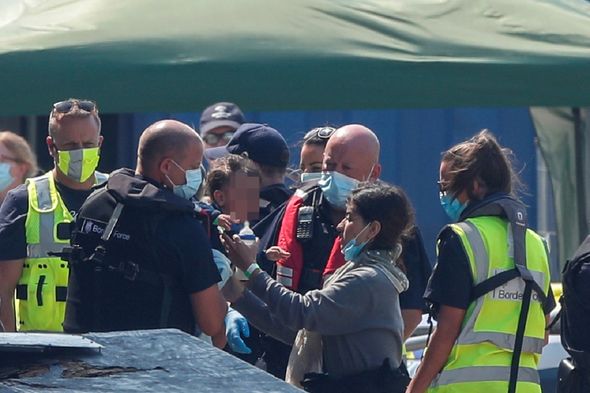 What about all those millions we paid for fencing in Calais?

However France will need to agree the proposals – and The Sunday Telegraph yesterday reported it will demand £30million to fund patrols on the beaches of northern France.

Mr Nelson told Express.co.uk: “I simply don’t understand the reason why UK has to pay for France to deal with migrants that have illegally entered their country.

“What about all those millions we paid for fencing in Calais? 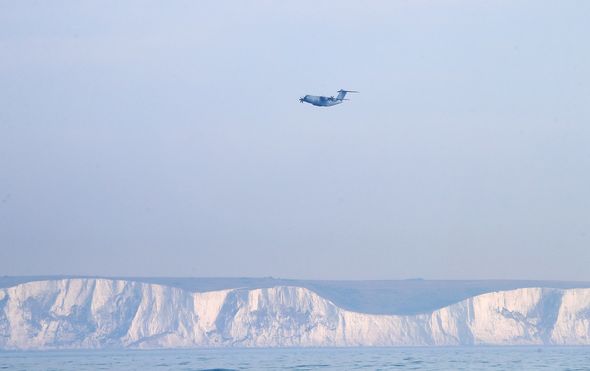 “The migrants simply walked along the motorway hard shoulder to the ferry port.

“I think the navy should be involved, surely this is defence of the realm.”

Mr Nelson emphasised the shocking risk to life after disturbing pictures showed children being brought ashore in recent days having apparently been plucked from boats. 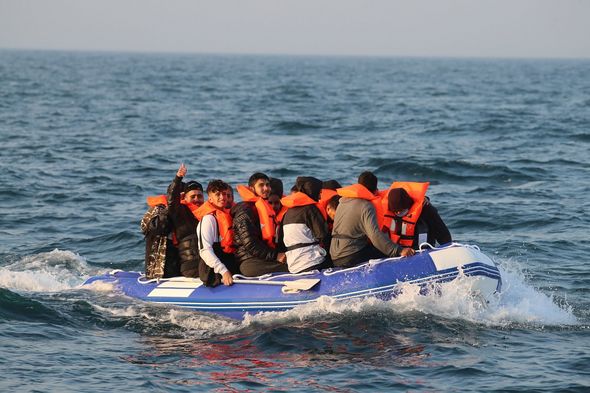 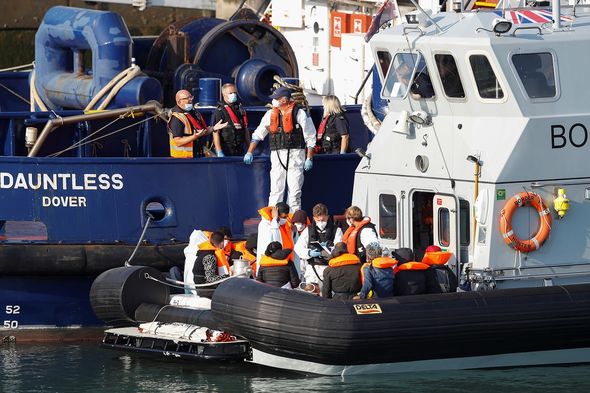 He added: “Most importantly it’s safety of life at sea which the French have responsibility for in their own waters, in this story yet again an unhindered beach launch.

“It would be so much easier for the French to intercept on land – then the Navy does not need to be involved.

“It’s interesting to note that as we have moved south most French ports have a ‘marine gendarmerie’ patrol boat much like our border patrol vessels of which we have so few.

“I’ve never seen one at sea though.” 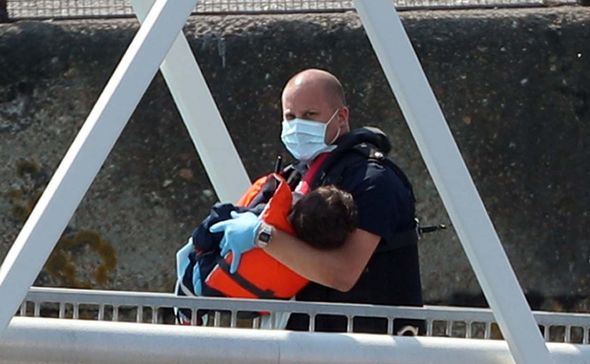 Speaking to Sky News yesterday, Mr Philp, Tory MP for Croydon South, said the intention was to ensure migrants “have no incentive to come to northern France or attempt the crossing in the first place”.

He added: “We intend to return as many migrants who have arrived as possible.

“There are returns flights planned in the coming days.

“And we will also continue to go after the heinous criminals and organised crime networks putting people’s lives at risk.” 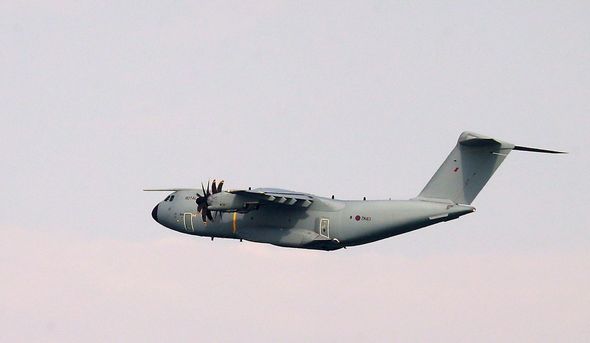 The Royal Navy has been asked by the Government to help with patrols.

“Previous Naval/Border cutters deployment was welcomed as part of the wider solution.”

Brian Nelson is not the sailor’s real name. He asked for his real name not to be disclosed.