BILBAO (Reuters) – Voters in northern Spain protected themselves with face masks and hand sanitizer before voting on Sunday as Galicia and the Basque Country held regional elections despite new localised outbreaks of COVID-19. 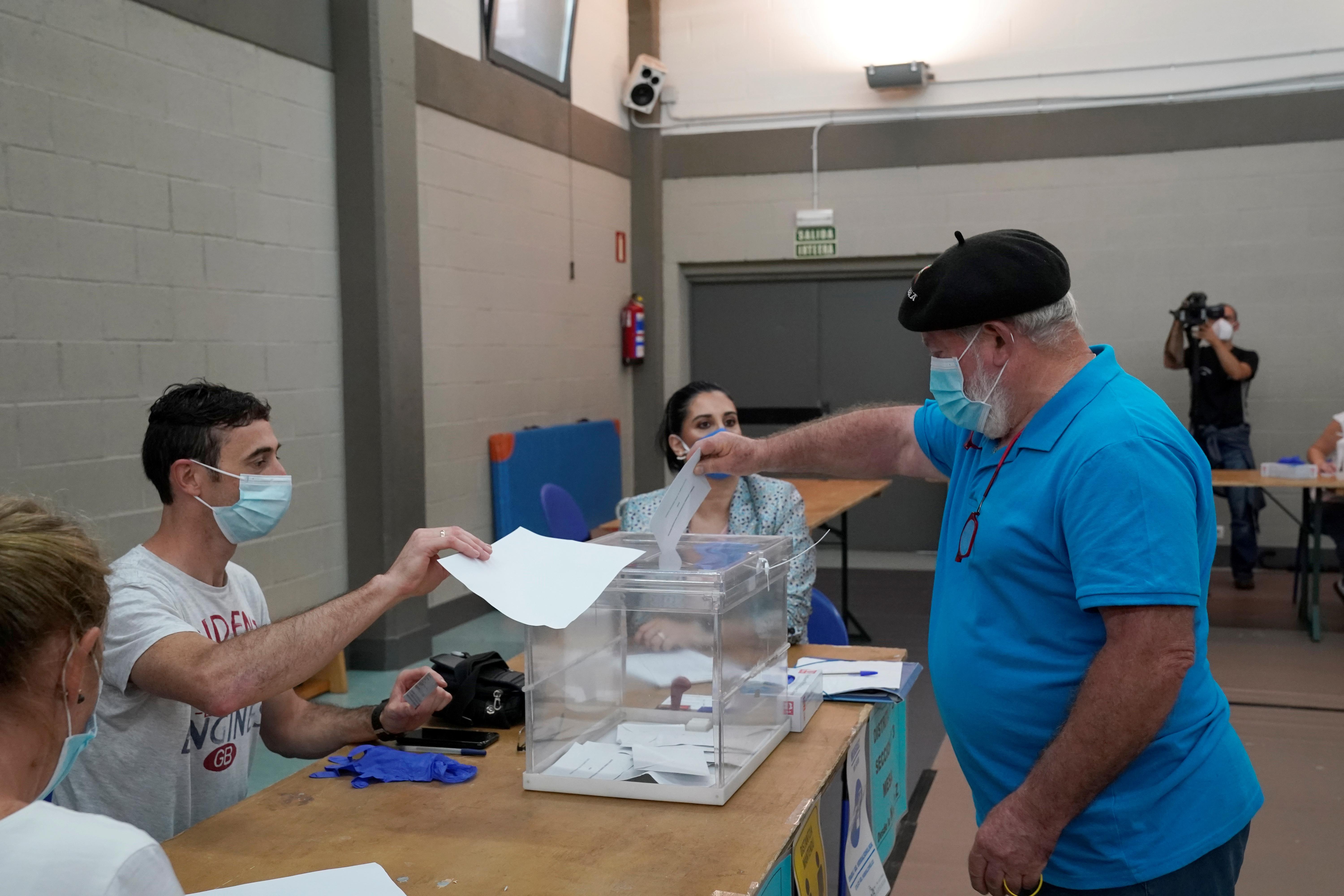 The health measures meant there were long lines outside polling stations. The elections were postponed from April due to the pandemic and are the first in Spain since the country relaxed what was one of Europe’s strictest lockdowns.

More than 460 people in Galicia and the Basque Country who recently tested positive for coronavirus were barred from voting for the new regional governments, as were people awaiting test results.

Spain has recently relaxed restrictions but a surge in cases has fuelled fears of a second wave of infections, prompting several regional governments to impose compulsory use of face masks and localised lockdowns.

In Navarre region, 21 people who went for a dinner to celebrate what would have been the Pamplona bull-running festival have been diagnosed with the virus. There is no bull-running this year, but fans showed up anyway, dressed up in typical white costumes with red neckerchiefs.

Health officials have confirmed at least 161 new cases in the Basque Country and more than 300 in Galicia in the last 24 hours, prompting local lockdowns in both regions.

In Catalonia, where a lockdown was imposed on more than 200,000 residents of weastern province of Segria area on 4 July authorities extended restrictions on Sunday to the city of Lleida and seven other towns as cases rose.

That brought to 450,000 the number of people facing restrictions in Catalonia, where 816 new coronavirus cases were recorded in the past 24 hours.

“Residents should not leave their homes unless they have to go to work, care for children or the elderly or buy food,” said Catalan health minister Alba Vergès. The measures will come into effect from midnight.

La Rioja, Navarre, Aragon and Andalusia regions will make it compulsory from Monday to wear a face mask in most public places, authorities said, following a similar move in Catalonia, the Balearic Islands and Extremadura.

Spain has been one of the worst affected countries in Europe, with more than 271,762 coronavirus cases and 28,403 deaths. The government imposed a strict lockdown on March 14 and has been gradually easing restrictions since early May.

Spanish airport operator Aena estimated the extra cost of health measures as 294 million euros ($332 million) by 2022, according to a memorandum reported by Europa Press.