Operation Paukenschlag (Drumbeat) also known as the ‘Second Happy Time’ among German submarine commanders was a phase in the Battle of the Atlantic in which Axis submarines attacked merchant shipping vessels along the east coast of the US. The first ‘Happy Time’ was in 1940 when Nazi Germany’s U-boats enjoyed significant success against the Royal Navy in the North Atlantic and the North Sea, but by 1941, Hitler and Italy’s Benito Mussolini had declared war on the US. The period got its name as US defence measures were so weak and disorganised that the U-boats were able to inflict massive damage with little risk and, during this period, Axis submarines sank 609 ships, leading to the loss of thousands of lives, mainly those of merchant mariners, against a loss of only 22 U-boats.

On March 26, 1942, American steam tanker, Dixie Arrow, hit the seabed after being torpedoed during one of these attacks, but more than 75 years on, its wreck was unveiled during National Geographic’s ‘Drain the Ocean’ series.

The narrator said in 2016: “Cape Hatteras on the US’s eastern seaboard, coastal merchantman travel along shipping lanes close to shore, but in early 1942, this area attracted Nazi U-boats in search of easy targets.

“Today, maritime archaeologist Joe Hoyt searches for the many ships the U-boats sank, his sonar scanner maps the seabed.

“The survey is searching for evidence over 70 years old and the sonar penetrates right to the bottom of the shipping lanes. 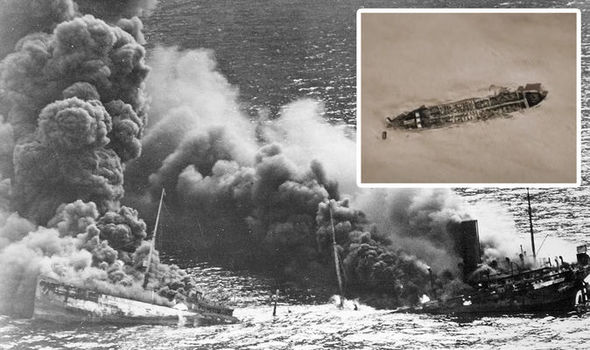 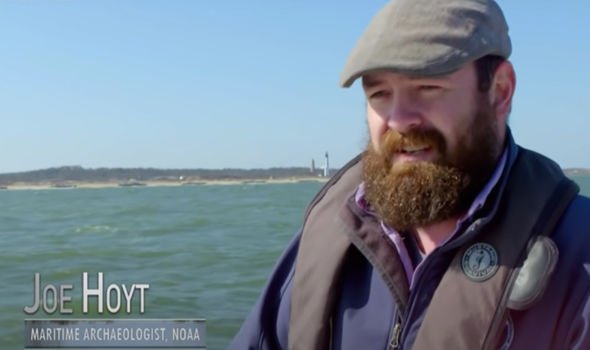 “Joe’s detailed survey will allow us to peel back the water revealing how U-boats sank so many ships without being caught.”

An animation on the series pulled back the water of the ocean to reveal the vessel appearing in near-perfect condition.

The narrator added: “Imagine pulling the plug on the ocean, the waves of the US east coast drain away, vanishing waters expose a ship sunk by a German U-boat.

“After more than 70 years on the seabed, she is brought into the light of day. 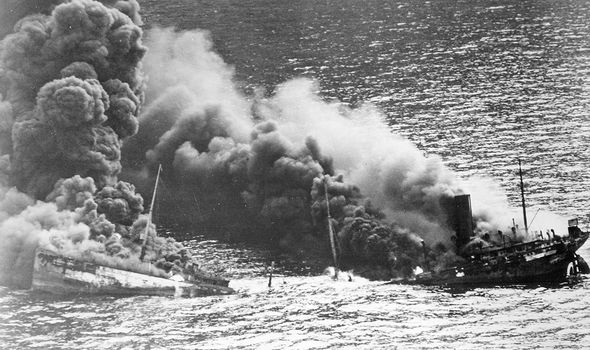 “This is the Dixie Arrow, an unarmed merchant vessel, her cargo? 86,000 barrels of oil, a crew of 33, this unique photo shows her after being torpedoed. 11 men died.

“Dixie Arrow was one of many, in six months, German U-boats sank nearly 400 ships off the East Coast of the US, 25 off Cape Hatteras alone.

But, in a second sobering discovery, the team may have uncovered the very U-boat that brought the Dixie Arrow’s demise. 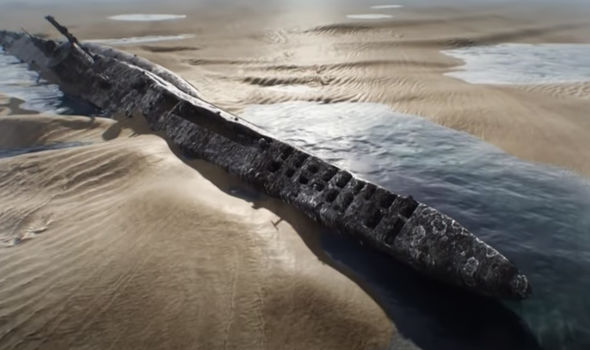 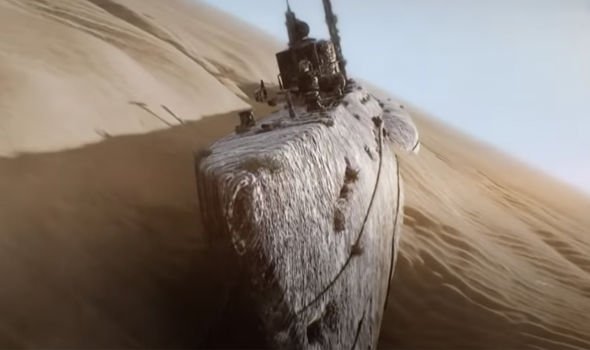 The narrator continued: “Accurate sonar data allows draining to continue along the coast.

“It exposes a German submarine, U-701, we can see her as she is on the seabed for the first time.

“This sub alone sank or damaged nine ships in under two weeks, but how did they manage to attack so many vessels without being caught?

“To prevent panic, authorities banned news of attacks on America’s doorstep, they didn’t order blackouts so, at night, lighthouses and towns gave U-boats a clear view of ships.”