In a furious attack, Mr Varoufakis tweeted: “Our PM is on the podium now waxing lyrical about the fact that Italy’s GDP fell more than Greece’s. This is the state of the eurozone today. Comparing notes on relative misery and finding solace in having escaped coming first!”

It comes as bond yields across southern EU states have fallen to record lows due to the financial crisis brought on by the coronavirus pandemic.

Ten-year bond yields from Greece fell to below record levels.

However, Italy’s ten-year bond yield fell as low as 0.48 percent. 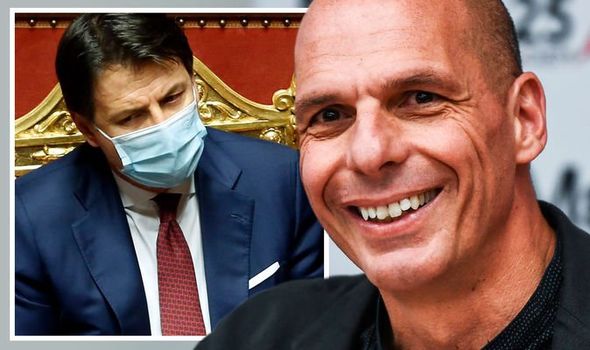 A report from October also found Italy’s GDP in 2020 was predicted shrink back to the same level as 23 years ago.

The nation’s GDP was expected to contract by 10 percent in 2020.

The report by the General Confederation of Italian Industry, Confindustria, reported the country’s GDP would shrink and the employment rate fall by 1.8 percent, meaning the loss of 419,000 jobs.

However, Italy’s public debt is still behind Greece’s, which is proportionally the highest in the eurozone. 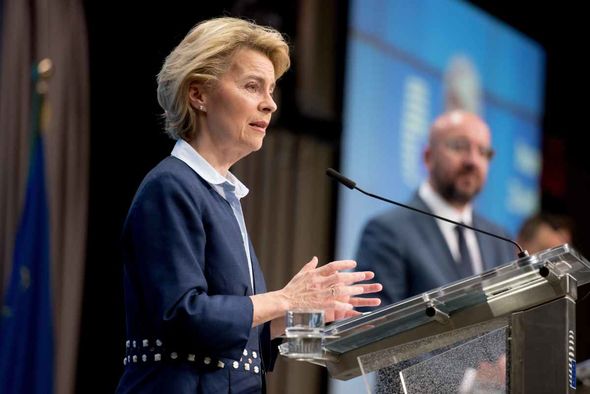 This is the highest ratio of debt to GDP in the country’s post-war history.

In the third quarter of 2020 financial assessment, Greece reported a 2.3 percent growth in economic output.

Official data for Greece revealed that GDP would drop more than 10 percent. 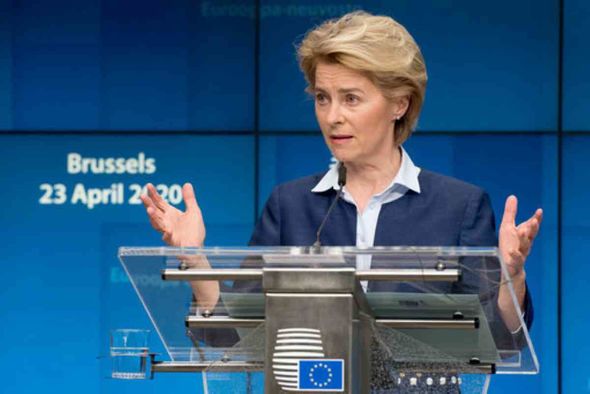 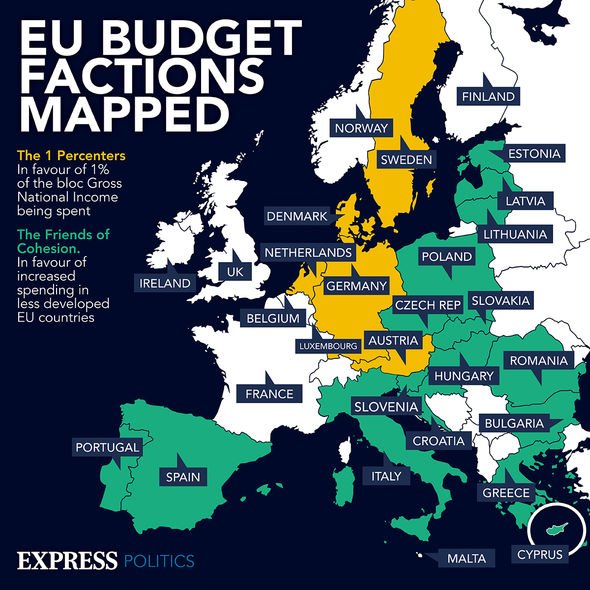 Nikos Magginas, chief economist at the National Bank of Greece said this was because of a “decline in tourism by about 75 percent”.

The news comes as Spain’s per capita income has fallen to 30 percent below the EU’s average.

This surge in the third quarter of 2020 was also due to the lifting of coronavirus restrictions across Europe during the summer.

The data also showed employment grew at the fastest rate since 1995.

Data on GDP and employment first started being recorded in the eurozone in 1995.

Across the bloc, employment grew by one percent between August and October.

Eurostat said: “While the impact of the COVID-19 pandemic on employment in persons was mitigated by government support schemes, the changes in hours worked were much more pronounced”.