Young North Koreans have been warned they must follow traditional lifestyles and adhere to the country’s dialect.

The secluded state’s official newspaper made the demand in a column as Pyongyang tries to eradicate cultural influences from South Korea.

Kim Jong Un’s regime is particularly focused on the speaking habits of millennials, with some mimicking their neighbours by referring to their husbands as “oppa” – a term that means “older brother”. 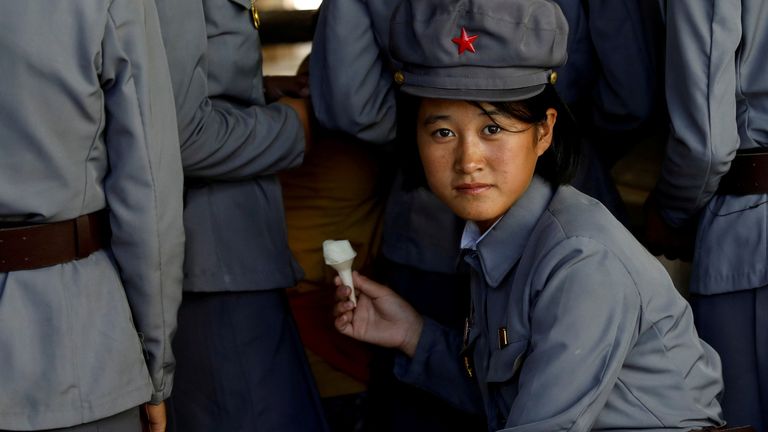 The Rodong Sinmun newspaper said North Korea’s standard language is superior and young people must use it correctly – all while ensuring their clothes, hairstyle, music preferences and dancing styles are acceptable.

According to South Korea’s Yonhap news agency, its article warned: “The ideological and cultural penetrated under the colourful signboard of the bourgeoisie is even more dangerous than the enemies who are taking guns.”

Late last year, harsh new measures were introduced that mean parents can be fined if their children are caught enjoying South Korean entertainment or copying the way they speak.

Those caught with media from South Korea can face up to 15 years in a prison camp – and punishments are also administered for using unregistered televisions, radios, computers and mobile phones from other countries. A life sentence can be imposed if someone is convicted of importing banned material from South Korea too, while those smuggling large amounts of content made in the US or Japan can face the death penalty.

Tae Yong-ho, the first North Korean defector to become a South Korean politician, told Reuters in January: “In the daytime, the population is shouting ‘Long live Kim Jong Un’ – but at night they all watch South Korean dramas and movies.”

Last month, reports suggested that Mr Kim had compared K-pop to a “vicious cancer” that could make North Korea “crumble like a damp wall”.