FRANKFURT/LONDON (Reuters) – Protesters around the world took to the streets again on Friday, despite coronavirus warnings, in a wave of outrage at the death of African American George Floyd in the United States and racism against minorities in their own nations. 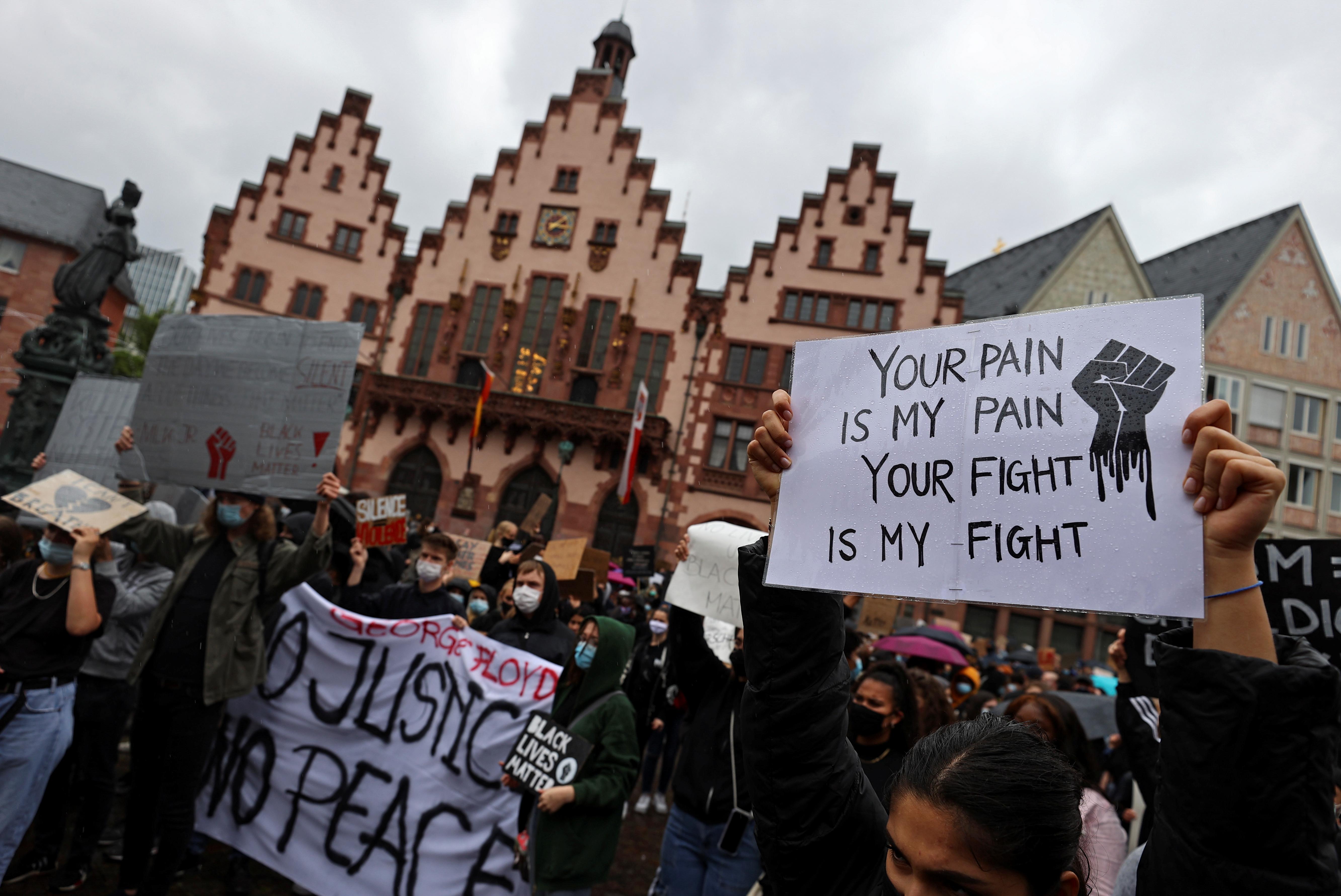 Floyd’s death, after a white police officer pressed a knee into his neck while detaining him, has convulsed the United States.

The largest demonstrations elsewhere on Friday appeared to be in Germany, where more than 10,000 people gathered in Frankfurt and Hamburg, according to Reuters journalists.

Many raised hands in the air and held banners with slogans such as: “Your Pain Is My Pain, Your Fight Is My Fight”.

One poster at the Frankfurt rally asked: “How Many Weren’t Filmed?” in reference to the fact that Floyd’s case was caught on camera in Minneapolis.

As authorities in many parts warned of the risk of COVID-19 infections from large gatherings, many protesters wore anti-coronavirus masks, some in black or with a clenched fist image.

In London’s Trafalgar Square, dozens took to one knee in solidarity with the Black Lives Matter movement.

Placards read: “White People Must Do More” and “Justice for Belly Mujinga” in reference to a rail worker who died of COVID-19 after being spat at by a man who said he was infected.

“There are a lot of uncomfortable conversations that people have been avoiding because it’s unpleasant, it’s not fun, and it can create tension, whether that’s in your family or with your friends or in your workplace,” said law firm worker Ada Offor, 21, in Trafalgar Square.

“But they’re conversations that need to be had if we want to avoid things like this happening in the future, if we want to create reform, if we want to finally create a kind of society where black bodies are treated equally.”

In Australia, demonstrators marched to Parliament House in Canberra, social media images showed, despite attempts by the authorities to stop gatherings due to the coronavirus.

Australians have also been drawing attention to mistreatment of indigenous nationals.

Austrian demonstrators gathered near the U.S. Embassy, holding banners with slogans such as “There Are No Races Just One Species”, while in Norway police let thousands of people protest even though authorities had said only 50 would be allowed. 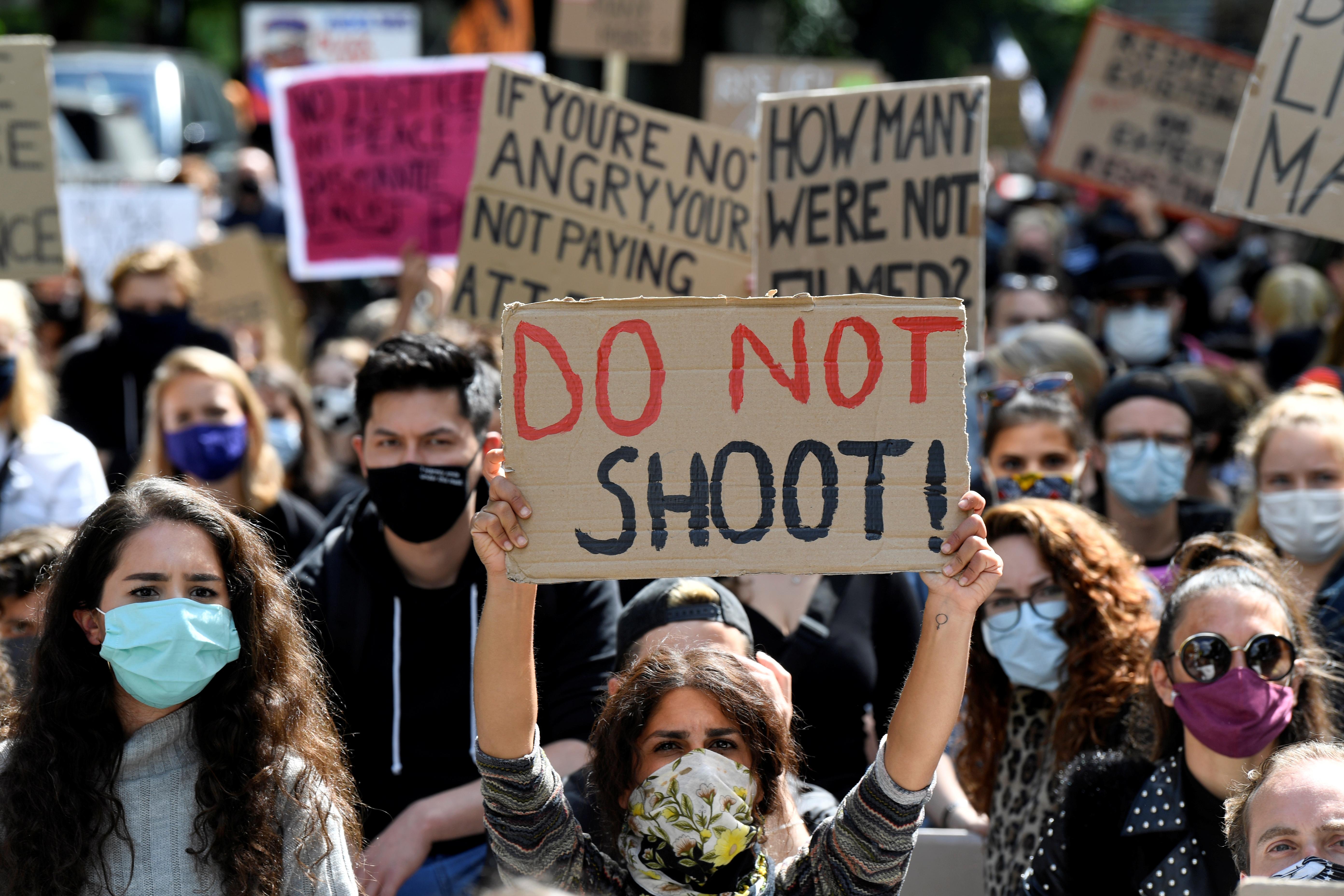 Elsewhere, rallies were scheduled on Friday in the Netherlands, Liberia, Italy, Canada and Greece.

More were planned for the weekend though Paris police have banned a protest in front of the U.S. Embassy on Saturday, citing the risks of social disorder and the coronavirus.